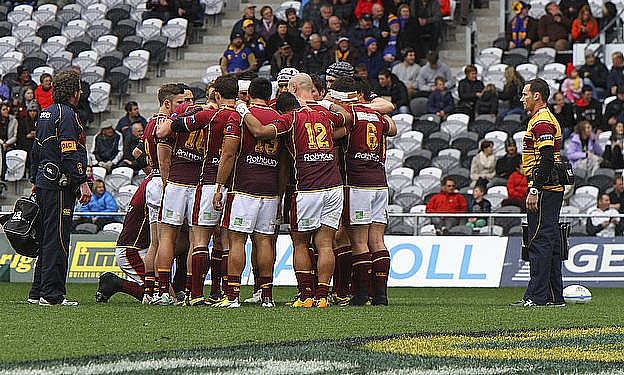 Talking Rugby Union's southern hemisphere correspondent Scotty Donaldson gives you all the insight, predictions and stats ahead of the fourth round of the 2014 Super Rugby competition...

Super Rugby Round 4 features only six matches with only two local derbies providing us with the opportunity to get a gauge on the relative strength of each conference and how well teams travel.  I hope I don’t put the mockers on tipsters but there Super Rugby Round 4 looks less daunting than Round 3!

Three teams have the bye this round and this has widespread ramifications for players of fantasy rugby games with both the Chiefs and Waratahs two of the better performing teams, while the Highlanders have plenty of good value players.  The top ranked South African team the Sharks are back from the bye, providing managers with some options.

The two local derbies feature the Force hosting the Rebels while the Sharks host the Lions in South Africa.  The Cheetahs and Stormers have tough games in Australasia against the Reds and Crusaders, while the Hurricanes host the Brumbies in the first game of the round.  The Blues travel to take on the Bulls on the high veldt in the other game.

It is also interesting to note that some of the previously strong teams have struggled in Super Rugby 2014, making it difficult to know if you should pick on form or reputation.  Teams like the Bulls, Stormers and Crusaders are not as strong as they used to be, while the Lions and Waratahs have started strongly in 2014, but have hardly set the world on fire in recent seasons.

Both of these teams haven’t started the Super Rugby 2014 season well.  The Hurricanes are coming off two losses in South Africa, while the Brumbies won last week against the Force after losing to the Reds in Round 2.  This makes it imperative that both of these teams win in Super Rugby Round 4.

The Hurricanes have included James Marshall at fullback ahead of Marty Banks, while Adam Hill keeps the promising Ardie Savea on the bench.

Players to watch in www.testrugby.com  – Dane Coles had a great game against the Stormers, while Beauden Barrett is a consistent performer.   For the Brumbies, Jesse Mogg could be your replacement for Israel Folau, while Ben Mowen is a consistent loose forward who takes plenty of lineouts.  Blade Thomson is still a bargain priced lock.  Robbie Coleman (Brumbies) scored heavily last week against the Force.  Scott Fardy is listed as a lock but playing as a loose forward.

Players to watch – Willie Le Roux is always dangerous in www.testrugby.com for the Cheetahs although he has been named on the wing.  The Cheetahs loose forwards are also great value, especially Boom Prinsloo.  The Reds barely troubled the scorers last week although Aidan Toua is a bargain outside back.

In the past this match would have been two of the competition heavyweights, but in 2014 these two teams look a shadow of their former selves.  The Stormers only just beat the Hurricanes for their first win of the season, while the Crusaders were humbled by the Blues.  Do both of these teams have enough firepower out wide to land the killer blow?

There are some quality players on display in these two teams which is why it is scary that neither of them look like title contenders.  The Crusaders have made plenty of changes in an attempt to breathe some life into their backline with Israel Dagg’s appearance on the left wing the most interesting, while Matt Todd, Luke Romano and Wyatt Crockett start in the forwards.

The Stormers have some selection issues of their own and will welcome back Schalk Burger onto the side of the scrum where he will partner usual hooker Deon Fourie.  Peter Grant comes onto the bench.

Both of these teams have stronger forward packs than backlines which could make this a real physical game.

Players to watch - Siyabonga Ntubeni and Damian de Allende are bargains for the Stormers, while Duane Vermuelen is usually worth the investment.  Deon Fourie could score more points from the side of the scrum while Demetri Castrakilis and Jaco Taute scored well against the Hurricanes.  For the Crusaders, Kieran Read and Sam Whitelock should be heavily involved while Luke Whitelock and Tom Taylor are good value, especially since Taylor is a goal kicking centre who will play at first five, while Ryan Crotty is their most dangerous back.

These two teams come into this game with contrasting build ups.  The Force look to be making up the numbers in Super Rugby 2014, being humbled by their Australian counterparts in the first two games of the season.  The Rebels thrashed the Cheetahs last week and should be too strong for the Perth based franchise who are in for a long season.

Players to watch – Scott Higginbotham is a www.testrugby.com stud.  The Rebels also have some bargains in hooker Pat Leafa, halfback Luke Burgess and winger Tom English.  They should win well, meaning backs like Tamati Ellison and Jason Woodward should also be in the points.  Ben McCalman, Nick Cummins and Nathan Charles are solid performers for the Force.

The Bulls got off the mark last week with a win over the Lions, but they still don’t look like the intimidating former Super Rugby championship winning side of the past.  Big Victor Matfield’s leadership seems to be helping on the field as he is now in the starting line-up.  The Blues also got their first win last week, against the Crusaders and showed why they have to be watched out for this season with their dangerous ball running players.  This game is the “Match of the Round” for me.  Will Loftus be an intimidating fortress for the Bulls again in 2014?

Players to watch:  Charles Piutau is one of the most dangerous ball runners in Super Rugby.  Frank Halai and Luke Braid have looked good in 2014.  Watch for the returning Keven Mealamu, while Simon Hickey is a bargain goal kicker.  For the Bulls, Jono Ross will start at Number Eight and is dirt cheap.

Both of these teams have started off Super Rugby 2014 promisingly.  The Sharks sit at the top of the South African conference, while the Lions have secured two wins so far despite pre-season predictions to the contrary.  The Lions were found out by the Lions last week and have made plenty of changes in an attempt to spark their backline.

Players to watch:  Marnitz Boshoff is a great value for money goal-kicker but he has been moved to fullback and so this could affect his production of www.testrugby.com points.  Loose forwards Warwick Tecklenburg, Jaco Kriel and Warren Whiteley are good pick-ups.  The Sharks are coming off the bye and so players like Bismarck du Plessis, Pat Lambie, Lwazi Mvovo and Ryan Kankowski are as cheap as they will be for a while.

Who are you picking to win Super 15 Rugby Round 4 matches?