Newcastle head coach Dave Walder: "You can just look at the stats to see what a great place the Championship is" 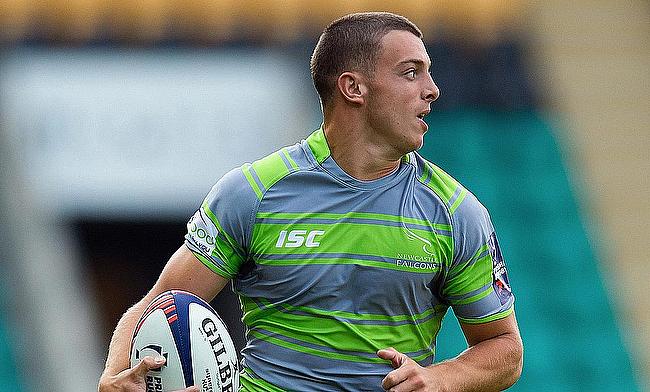 Adam Radwan gained 'confidence' from his season in the Championship, according to Newcastle head coach Dave Walder
©PA

Where does the Championship go from here? It's been a debate which has rumbled on, but now we are seemingly closing in on an answer.

As The Telegraph revealed earlier this week, the Rugby Football Union council are set to vote on a proposal which could completely reshape and revamp English rugby’s second-tier.

Reports have suggested the first change would be to introduce a cup competition which would contain Championship clubs and Premiership reserve teams in the 2023/24 season.

The idea is to then take this concept and launch a hybrid league in 2024/25 which would include Premiership reserve teams, aspirational clubs who want to aim for promotion and sides who already have an affiliation with a top-flight team.

Currently, Ealing Trailfinders and Doncaster Knights are waiting to find out whether they will be eligible for promotion to the Premiership this term, but looking further ahead, there could be significant changes over the next couple of years.

???"I have got to concentrate on producing performances that the club can be proud of..."

In 2019/20, after relegation from English rugby’s top table, Newcastle Falcons were competing alongside the likes of Ealing for the Championship title. The North-East outfit had won all 15 of their matches before the season was curtailed due to the Covid-19 pandemic, but their promotion back to the Premiership was eventually confirmed.

Whilst it was a brief stint in the Championship, Falcons head coach Dave Walder saw the plus points to the second-tier in its current guise but admitted he is unsure about what direction the division should be going in.

“I haven’t seen that [the headlines] but I think you can just look at the stats to see what a great place it has been in terms of producing players and developing rugby so it is definitely very useful, but honestly, I don't know the best format to make it work,” Walder said.

“I don't know the answer to it and I don't know how they would see it working. It is quite a strange set-up because I think there is probably only four or five teams in the Championship that actually want to get promoted. You are playing some part-time teams in a full-time league so I am not sure it is quite there at the moment, but from a development point of view, it is brilliant and from a rugby side, it is a brilliant place to learn.”

During Newcastle’s time in the Championship, some of their current stars were able to learn their trade after being handed opportunities by Walder and Director of Rugby Dean Richards.

The likes of Jamie Blamire was able to kick on in the second-tier following his Premiership debut whilst fly-half Brett Connon and winger Adam Radwan were two other players which Walder namechecked when discussing why the Championship is a key tool for development.

He added: “You need to play games of rugby to learn. I think it is our analyst's favourite saying at the moment which is a Mike Tyson quote: 'Everyone has got the best plan in the world until they get punched in the face.’ It is pretty similar to playing rugby.

“[In the Championship], you can give younger guys a chance and put them around more experienced people and they can learn. You learn faster by playing. I certainly look back at guys like Brett Connon who did a fantastic job. We pushed Floody [Toby Flood] to 12 to help with Brett's development.

“Radders scored tries for fun and got the confidence that he can do it in men's rugby so absolutely, playing at that level was brilliant for our year there and really gave us a chance to give those guys that experience and the confidence that they are capable of competing at the top level.”

In the last year, players such as Radwan and Blamire have been recognised by Eddie Jones due to their rapid development and many of the names which the England boss has selected in his recent squads have experienced the Championship in one form or another

Leicester Tigers’ Ollie Chessum, who made his international debut in the Six Nations against Italy two weeks ago, cut his teeth at Nottingham during the same period Newcastle were in the Championship whilst current club teammate Nic Dolly and Gloucester’s Mark Atkinson also used the second-tier as a platform to launch their careers.

TRU’s Joe Harvey has produced a catalogue of recent articles highlighting why the second-tier has been - and continues to be - a breeding ground for talent. Our very own Charlie Beckett has written a couple of columns focusing on the importance of the Championship whilst players such as Alex Day and Will Homer have stressed how valuable the league is.

Day, who is currently with Bedford Blues, told TRU in January:" I know that people might say ‘surely being at a Premiership club is better’, but when you are in it and not playing, the whole gloss and shine of the Premiership soon wears off.

?? | “I wanted to be part of something at a great club. We’re very fortunate at Bedford to have such a good fan base.”

“I am sure I could have tried to do that for a few more years and done alright out of it, but for me, the pull was that I wanted to play every week and just enjoy rugby. If a player has never done it (gone up to the Premiership), I would say to do it. Personally, at this stage of my career, I just wanted to be a part of something more.”

The proposals which are being discussed would perhaps alleviate Day's past concerns. If Premiership clubs were to put their reserve teams into a competitive league structure, academy products, including some of England's brightest young talents, would be able to play week in, week out.

But as detailed by The Telegraph’s Dan Schofield, there is a fear amongst some Championship clubs that they could fall by the wayside if this idea was to be introduced. A new-look National One would seem to be the logical next step.

With the decision from the RFU’s council just around the corner, this is a crucial moment for the future of the Championship. Whether the outcome will be the right one, only time will tell.