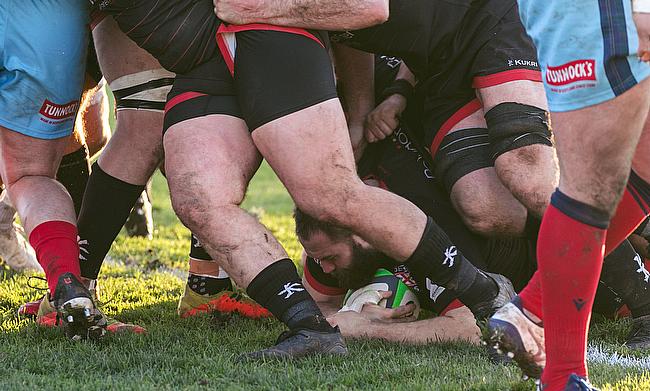 Steven Longwell has travelled the world in order to live out the dream of being a professional rugby player.

Much of his career has seen him turn out for Ayr RFC, winning the Scottish Premiership during his time playing at Millbrae. In addition to his exploits in pink and black, Longwell spent time with Eastern Suburbs in the Shute Shield and even with Verona Rugby in Serie A.

Such were the prop’s abilities, he earned Scotland Club XV caps and prior to his move to the Jersey Reds, he played for Old Glory DC in Major League Rugby. During his time in America, Longwell represented the side in each of their 16 regular-season games as the club failed to make the playoffs with a fifth-place finish in the Eastern Conference.

The 31-year-old then returned to Scotland, and it was to represent Watsonian in Super 6. Playing five games for Fergus Pringle’s team, he then joined Harvey Biljon and a move to the Channel Islands came calling, something Longwell says he didn’t see coming.

“I was going to re-sign with Old Glory, and I would have been there again for this upcoming season, and it was my intention to do so,” Longwell said.

“I was looking forward to it, but Jersey were needing a tighthead and they wanted someone immediately. I had to make a tough decision because it was a case of either playing from now all the way through to the end of May or waiting for the new MLR season.

“It was August when I came home, and I started here in September. The opportunity was too good to turn down. Timing is everything sometimes.

“Given everything that happened with Covid and the uncertainty of everything in Europe, it was a bit of a blessing and a godsend that Old Glory needed a tighthead and that I was able to take up that offer and get some actual rugby under my belt.

“I remember returning. I’d played a full season and some of the guys back home hadn’t played a game. It’s little things like that I’ll be forever grateful for.”

Since the conclusion of the MLR season in the summer, Longwell is the third member of the Old Glory DC to bag themselves a contract in Europe. Loosehead prop Jamie Dever has found his way to London Irish and USA hooker Mikey Sosene-Feagai is now on the books of French goliaths Toulon.

Arriving in the Championship is very much the culmination of many years of hard work, trying to achieve the dream of playing professional rugby.

Having trained with Glasgow in 2019 whilst the side’s senior Scotland internationals were preparing for the Rugby World Cup in Japan, Longwell says he realised playing professionally north of the border was potentially out of reach for him and that prompted the moves overseas.

“I had been with Glasgow, and I wasn’t exactly getting much or anything at all from them,” Longwell said. “I figured that if I am not going to do anything now, I would probably not get the opportunity to travel and play rugby again.

“It was a huge part of why I left and went to Italy and a full-time environment. Getting that regular game time at a little bit of a higher level, full-time, and getting an idea of what it could be like.

“In everything that I have ever done, there has always been that natural and gradual progression. I have never really liked to stay at the same level. I have always liked to challenge myself and put myself in different situations, whether they be uncomfortable or not.

“It has always been something I have tried to do, just to challenge myself instead of just plateauing because it was easy or more comfortable. I have always wanted to strive and do a little bit more.

“I think everything I have done up to now has always been a natural progression, like Italy, and then pushing on to MLR and now to the Championship.”

The Glaswegian has played regularly for Jersey since he arrived at the Stade Santander and Longwell and his teammates find themselves competing at the top of the Championship table. 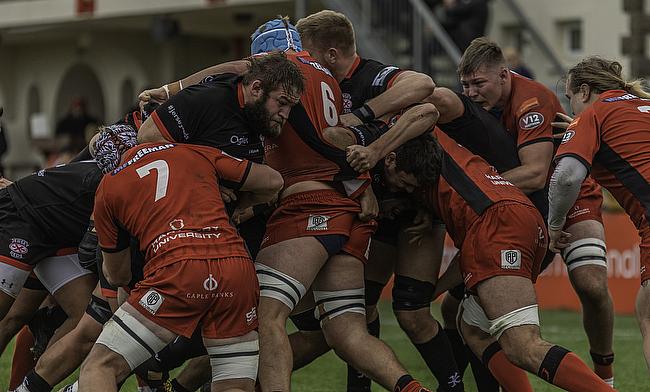 As things stand, the side are in second spot, the team most recently picking up a 31-13 win over London Scottish with Longwell bundling over for a try in that encounter.

Looking more than comfortable so far in the Championship, Longwell says that he was nervous at his first scrum, but since then, he has grown accustomed to playing in a league he sees as a step up from past experiences in his career.

“I was a little bit apprehensive about it, I suppose,” the Scotsman said when looking back to his debut against London Scottish. “At the end of the day, it was just another scrum. When you are in that position, you are saying to yourself, ‘this is what I do, this is my job’.

“At this level and this standard, you are a little bit apprehensive for it, thinking that these guys are going to be bigger, stronger and more technical, but on the face of it, it is not any different.

“The Championship is definitely a step up. I think in regard to intensity, skill, strength, physicality and all that stuff, it is just a little bit higher. Everything is done a little bit quicker. It has been a fun few months, tough, and I have definitely gotten better as a person and as a player.”

For Jersey, the season so far has been a stark contrast to the truncated campaign in 2020/21, where the Islanders placed sixth in the table, struggling to find consistency throughout the term.

A trip to a sold-out Goldington Road on Boxing Day to face Bedford Blues means Jersey could increase the pressure on Ealing Trailfinders as the hunt for promotion continues to hot up.

In such a rich vein of form, Longwell is confident that the team can push Ealing, Cornish Pirates and Doncaster Knights for the one-off shot at the Premiership.

“We want to be top of the league,” he said. “We push it every week. During sessions, we are constantly talking about how we want to be the best in the league.

“I think if you look at our results – apart from Doncaster and Ampthill – we have always been up there. We have got a game in hand. We’re a point ahead of Pirates (whose clash against Richmond last weekend was postponed as a result of Covid-19), but we did beat them at home, so we are confident that we can go toe-to-toe with the teams around us.”