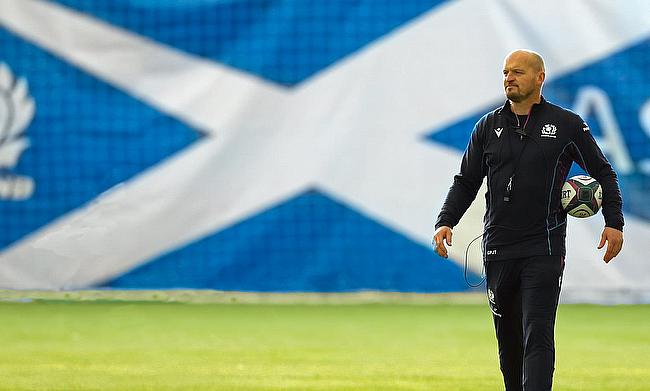 “It feels like a dream”: Family members, Sandbach RUFC and Sandbach School react to Ashman’s Scotland debut
Match Centre: Scotland 15-13 Australia
‘The Greatest Schoeman’ set to do battle with ‘Tongan Thor’ as Scotland meet Australia
Electric McLean is ready for life in the fast lane with Scotland

October 13th 2019 is not a date that any Scottish rugby supporters will remember with much fondness.

That was the day the Scots were taught a bit of a lesson by Japan - especially in the attacking areas of the game - as the hosts won 28-21 in Yokohama to progress to the knock-out stages of the Rugby World Cup.

As a result, the Scots were bundled out at the pool stage after an earlier defeat to Ireland and wins against Samoa and Russia.

It left head coach Gregor Townsend, the players and all involved with Scottish rugby with some soul searching to do.

Fast forward just over 25 months and the world has changed like we could not have imagined - and in the world of Scottish rugby, there is also a different feel about things.

The Scots are now seventh in the world rankings and so far this year, they have defeated England and France away from home and recently beat Australia at BT Murrayfield.

Scotland have beaten England at Twickenham for the first time since 1983.

Last Saturday’s loss to South Africa was disappointing, but it shows just how far the squad has come since October 2019 that supporters even dared to dream that a win against the world champions was feasible.

This week, George Horne, who came on as a second-half replacement in Yokohama, said ahead of Saturday’s rematch with Japan: “We’re a completely different team now.

“We’ve developed our game a lot in the last couple of years, and we’re up there as one of the best teams in the world defensively.

“Hopefully this Saturday we can put them under a lot of pressure and not let them play their offloading, expansive game.

“We kind of know what’s coming. We played them a couple of years ago and they’ve got a fairly similar team, but both teams are a lot different now. It’s not going to be anything like 2019.”

So, ahead of their fourth Autumn Nations Series game at BT Murrayfield at the weekend, what are the four key reasons behind Scotland’s recovery from the low point of 2019?

Steve Tandy: Soon after the Rugby World Cup, it was announced that Matt Taylor would be leaving his post as Scotland defence coach and he was replaced by Steve Tandy.

Taylor, now with Australia, had done a fine job with Scotland over several years, but in that tournament, things looked to have started to go a bit wrong in that department.

Welshman Tandy, off the back of experiences such as being a head coach in his homeland and coaching in Australia, came on board and made an immediate impact.

He seemed to build the defensive DNA of the team around Chris Harris and everyone has followed the outside centre’s lead, with Scotland a much harder team to score against now.

Red letter day: How determined Chris Harris turned things around to roar like a Lion.

Stuart Hogg: Soon after the Rugby World Cup exit, Hogg himself boldly approached Gregor Townsend to ask if he could be considered as the team’s new captain.

Hooker Stuart McInally is a humble and hardworking player who had fulfilled the role at the showpiece event, but the head coach felt that the squad needed an injection of energy heading into 2020 and beyond and that is what full-back Hogg brings to the party.

Despite early issues with Finn Russell leaving the squad and a dropped ball over the try line in Dublin, Hogg really took to the leadership role.

It seems to have helped him rediscover his form personally and, with Russell safely back on board, the team spirit is there for all to see.

Jamie Ritchie and Hamish Watson: These two have always been talented back-row players, but in the last 18 months or so, they have taken that to the next level. They have made the number six and seven starting jerseys their own - although, somewhat bizarrely, not against South Africa - and they work very well in tandem in defence, particularly over ball at the breakdown.

Ritchie, still only 25, is now a vice-captain along with Russell while his Edinburgh Rugby teammate Watson, who missed most of the Rugby World Cup through injury, has since been on a British & Irish Lions tour.

The duo have a great understanding between them and often set the tone for the way Scotland want to play.

Duhan van der Merwe: He only became eligible for Scotland through residency late last year, but the South African-born winger has wasted no time in making his mark.

He has scored eight tries in 12 Tests for Scotland and was a Test starter for the British & Irish Lions in the summer in his homeland.

His all-action power game has given Scotland a new focal point to their attack and other players have fed off that. As a result, the way the whole team attacks now has a lot more edge and bite to it.

Scotland take on Japan at BT Murrayfield in the Autumn Nations Series on Saturday with a 1pm kick-off. The game is live on Amazon Prime.