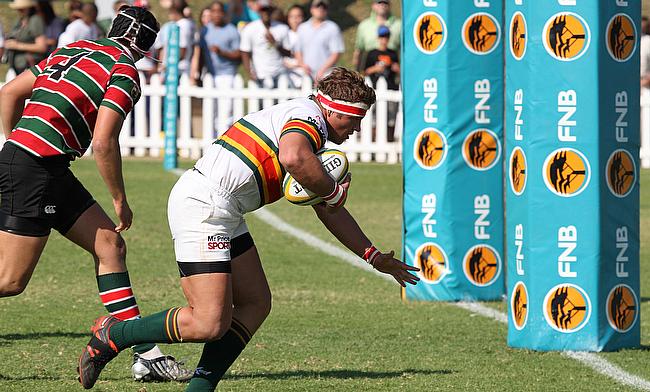 Match Centre: Scotland 60-14 Tonga
Electric McLean is ready for life in the fast lane with Scotland
Scotland include four uncapped players for game against Tonga
The making of Scotland new boy Dylan Richardson

You might have thought that Halloween had come and gone, but come Sunday at BT Murrayfield, two players with the nicknames ‘The Greatest Schoeman’ and ‘Tongan Thor’ could be set to do battle.

Sure, there will be no fancy dress on show, but the clash between Scotland’s new loosehead prop Pierre Schoeman and Australian tighthead prop Taniela Tupou could be a fascinating and fearsome one.

Edinburgh Rugby man Schoeman, 27, made a try-scoring debut for the country he qualified for via residency in the 60-14 victory over Tonga last weekend.

With Scotland’s regular starting loosehead Rory Sutherland picking up an injury with Worcester Warriors, that heightens the chances of Schoeman being handed the number one jersey when head coach Gregor Townsend names his squad on Friday to take on the Wallabies.

And Tupou, who endured a tough debut off the bench against Scotland in a 54-27 loss back in 2017, has now become a key man for Australia. At 25, he is in the prime of his propping life.

So, people in Scotland have got to know Schoeman well since he joined Edinburgh back in August 2018 from the Bulls, but what was he like growing up in his homeland of South Africa?

Sakkie van der Walt was the head coach at the time when Pierre played first-team school rugby at Pretoria’s Afrikaanse Hoër Seunskool, while Peregrine Joynt was the forwards coach.

Van der Walt is now deputy headmaster of the school and told TRU: “When Pierre was in the under-15s, he played for the C team and was sometimes on the bench for the B team of which Mr Joynt was the coach.

“We knew back then he had a lot of potential, but at the time, his peers were just bigger and better than he was before he broke through and pushed on in the last couple of years at school.

“He was always an excellent scrummager and was very skilful with ball in hand as he was a water polo player as well. Playing another sport also meant that he really was a brilliant team player.

“Pierre was a pleasant pupil with a great sense of humour. He was hard-working, positive and loyal. At one stage, he was captain of the first team, was a school prefect and also captained the Blue Bulls during Craven Week [an annual schools event for the best players] and led the South Africa Schools team.

“He was so strong so he played both tighthead and loosehead at school and his now Edinburgh teammate Luan de Bruin was also in the same team.”

“We are very proud of this old boy”

Afrikaanse Hoër Seunskool is a school that is used to producing top rugby talents.

And, of course, Schoeman’s brother Juan is currently playing for Bath.

“We were not surprised by Pierre’s selection for Scotland because it is a well-earned call-up to the international stage,” van der Walt adds about the former South Africa under-20 cap.

“One always wishes for South Africans to play in the green and gold, but to be considered for a quality international team such as Scotland is a huge honour.

“Scotland play South Africa soon [on November 13 at BT Murrayfield] and it would be great to see him as an international player against his mates from South Africa.

“That would make our lineout calls more difficult since he speaks Afrikaans! We are very proud of this old boy.”

“Defensively we’ll have to be at our very best”

Returning to this week’s game, Dave Rennie’s Wallabies have scored an average of 30 points in each of their last five matches, during which they have beaten both South Africa and Argentina twice and also Japan.

As a result, Scotland know it is going to be a tough Test match on Sunday when seventh in the world plays third in the world.

Head coach Gregor Townsend said: “Defensively we’ll have to be at our very best. Australia have shown they are a good attacking side and they are full of confidence.

“They’ve won five Test matches in a row and they’ve beaten the world champions twice. We set very high standards in our defence and at times against Tonga, it wasn’t at those standards.

“We also have to see how quickly we can integrate the players who are going to come back into the team during this week. We’ve got an extra day to prepare which should help us, but we know it’s going to be a massive challenge on Sunday.”

Scotland take on Australia at BT Murrayfield in the Autumn Nations Series on Sunday with a 2.15pm kick-off. The game is live on Amazon Prime.