George Ford returns at fly-half for England against Italy 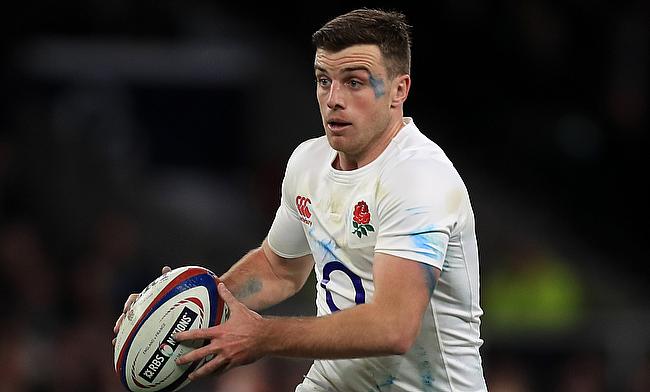 George Ford is back in England's line up
©PA

England coach Eddie Jones has named George Ford in the starting line-up for the second round of the Six Nations game against Italy to be played at Twickenham Stadium on Saturday.

Ford was among the replacements in the opening game against Scotland which the red rose team lost 6-11 but now has been named at fly-half with skipper Owen Farrell moving to inside centre with Worcester centre Ollie Lawrence is also dropped from the squad.

Farrell will team with Henry Slade at midfield while Anthony Watson and Jonny May have retained their wing combination with Elliot Daly at fullback and Ben Youngs at scrum-half.

The front-row sees a complete change with Mako Vunipola recovering from his injury while Kyle Sinckler has completed his two-week ban and is joined by Luke Cowan-Dickie with Jamie George dropping to the bench.

Maro Itoje and Jonny Hill will continue to be part of the second row but the back-row sees a change with Courtney Lawes returning at blindside at the expense of Mark Wilson.

George will be joined by last week starters Ellis Genge and Will Stuart along with Charlie Ewels, Ben Earl, Jack Willis, Dan Robson and Jack Willis in the bench.

"As always, we've picked what we think is our strongest 23 to try and win the game," said Jones.

"We're pleased to have Mako and Kyle back into the team and we've made some changes to our starting XV, but our finishers are just as important to our game plan. We look at the whole 80 minutes.

"We've trained very well this week, I've been very pleased with the players' attitudes and work-rate.

"We're hoping to put on a good performance on Saturday and kick on with our Guinness Six Nations campaign."