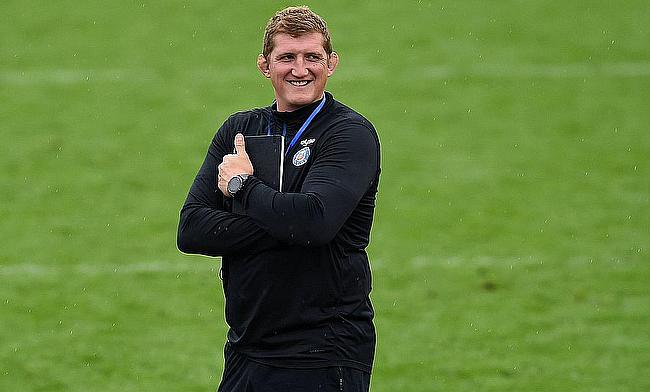 Match Centre: Bath Rugby 15-28 Harlequins
Zach Mercer to leave Bath at end of season
TRU Verdict: Bath's game management will be a concern for Stuart Hooper
Stuart Hooper: “We feel privileged. That is magnified about a million times right now”

Tenth in the Gallagher Premiership table, just one actual win all season and 164 points shipped in their last four matches. Where do Bath go from here?

The club’s storming run to the play-offs in 2019/20 now seems like a distant memory for Stuart Hooper’s men and their run of form since the turn of the year, as brutal as it sounds, has highlighted their alarming decline.

Defeats against Leicester Tigers and Wasps were frustrating for Bath, but the way they capitulated at Bristol Bears two weeks ago would have worried the Blue, Black and White faithful.

Bath did show some grit and determination in the second half against Harlequins last weekend, but the sad reality is the platform which the club created for themselves last term is crumbling beneath their feet.

Their campaign is beginning to unravel rapidly and while Bath’s situation hasn’t been helped by the unavailability of a significant number of senior players - whether that is due to Six Nations commitments or injuries – Hooper and his squad will not be using that as an excuse.

The simple truth is the facts are hard to avoid. In both attack and defence, Bath are not hitting the standards they set themselves last season, and whether that is the decrease in the number of metres made or the increase in tackles missed, it doesn’t make for pretty reading.

So what needs to change?

Bath’s run to the top four was built around a strong pack and being ruthless when they entered the opposition 22. The attacking foundation provided by the forwards seemed unstoppable at times, but club legend Lee Mears feels his former team have to evolve if they want to turn their fortunes around.

“The cycles can go from anything from four years to one year and I think Bath have been caught out a little bit where it was about big forwards, controlling possession, competing in the air and being solid at set-piece.

“I think the game has evolved a bit more now. It has become, I think, really free-flowing. You are having to reinforce skills to be creative and all of a sudden, the teams like Bristol and the teams that really try and play are having some amazing success.

“As a bystander, it is great to watch! As a Bath supporter, I am hurting a bit at the moment, but they have got Stuart Hooper who is a great young coach and will adapt quickly. I do think it is hard when you have built your squad on one game-plan or one game-style and the game is evolving, but that is the challenge.”

Mears, who played 268 games for Bath between 1998-2013, admits the club are slowly adapting. Yes, a drop off in results may trigger a rethink, but certain elements away from the 80-minute performance suggest Hooper’s side are automatically having to find a new blueprint for success.

The announcement of Zach Mercer’s departure to Montpellier at the end of the season would have been disappointing news for the club, but with Jaco Coetzee moving to the Rec next month – to join fellow South African Tian Schoeman - it does highlight a possible change in approach from Bath.

Added to this, with Beno Obano, Will Stuart, Anthony Watson and club captain Charlie Ewels all away with England, Taulupe Faletau on Wales duty and injuries to key figures such as Sam Underhill, the task of finding different solutions for Bath may have been accelerated.

“I think you can already see that in his [Hooper’s] recruitment,” Mears added. “He is bringing in guys from South Africa to help with those issues, so I think you do have to give him credit in that sense because he is adapting.

“Look, Bath have got such a good squad and they will bounce back. With Stuart, the club has had a lot of short-term options and I think they have realised in Stu that you have got a leader who is going to be around for a long time and he really cares.

?? Director of Rugby Stuart Hooper faced the media this afternoon ahead our Round 9 fixture against Sale Sharks.#SALvBAT | Bath Rugby

“He will have good periods and bad periods and he is just having a bit of a blip at the moment, but he will be fine. He has got the squad. They all support him and it is a bit of a learning curve and he will learn from it.”

On paper, things don’t get much easier for Hooper as his Bath team prepare to take on an in-form Sale Sharks outfit at the AJ Bell Stadium on Friday night.

Despite the departure of Steve Diamond, Alex Sanderson has had a dream start to his reign as the club’s new Director of Rugby following a victory away at Leicester before an eye-catching win over Bristol last time out.

“Sale have got to be excited,” Mears added. “They were going after coaches and they managed to prize Alex Sanderson out of Saracens which is great for them and the squad. It had to be something big for him to go and it definitely is.

“He has had an immediate impact as well so I think it is going to be a tough one for Bath on the weekend, but you have to say Sale are deservedly towards the top at the moment.”

Sale’s evolution could be a framework for Bath to potentially replicate. A mix of homegrown talent and a sprinkling of stardust, predominantly from South Africa, is helping the Sharks compete for honours once again as they go in search of their first Premiership title since 2006.

Part of their championship winning team was Richard Wigglesworth, and Mears will honour the career of the scrum-half at the end of the month.

A virtual legends dinner is being held in aid of Nordoff Robbins - the largest independent music therapy charity in the UK, dedicated to enriching the lives of people affected by life-limiting illness, isolation or disability – and Mears, along with a whole host of fellow high-profile names, will be paying tribute to the Premiership’s record appearance maker on February 26th.

“If there was ever a servant to the game then Richard Wigglesworth is that man,” Mears said. “We were in our ‘old stages’ in the England squad when I retired and I have been gone for nearly eight years now! How he has carried on, it just shows what an athlete he is, what a player he is and what a man he is.

“He was with Sale back in the day as a youngster and did an amazing job there and went to Saracens. Now at Leicester, he is just going to apply all the knowledge that can help everyone around him and that is what he always does.

“I also think charities need so much support now. Music has played a massive part in my life and it is only now I am a bit older and a bit wiser that I realise how much music can control your mood so the charity, Nordoff Robbins, is massive.

"I also know that in these times, you have got to support the charities that make a real difference and Nordoff Robbins has been doing that for years. It is a testament to the charity and to Victor [Ugobu] for being able to put on the event, so I thank everybody for getting involved.”

To find out more about this ever popular, glittering event from the comfort of your home, click here