Japan in dreamland as they reach the knock-out stages 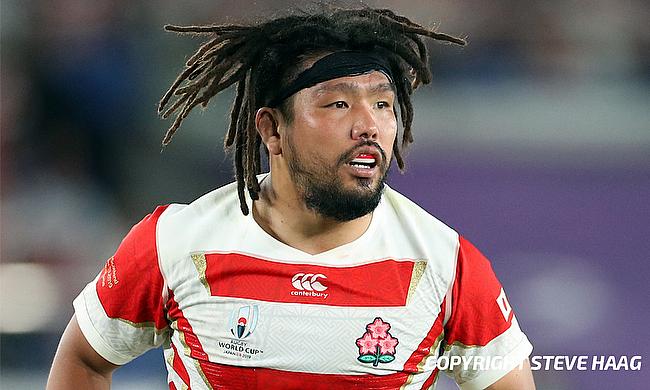 Japan put on a superb show in Yokohama to defeat Scotland 28-21 in an amazing match, win Pool A and set-up a quarter-final with South Africa - Gary Heatly reports:

With the match going ahead after the troubles of Typhoon Hagibis on Saturday and with a quarter-final spot at stake, the atmosphere at the International Stadium was amazing as kick-off approached on Sunday.

Both of these teams play with great pace and with Japan looking to make the last eight at the showpiece event for the first time and Scotland looking to build on big wins against Samoa and Russia, this was always going to be a cracker…

The match, perhaps unsurprisingly, got off to a very fast start and after five minutes everyone had to stop to catch their breath.

Scotland were then on the attack and although Japan stand-off Yu Tamura got back to stop his opposite number Finn Russell's crossfield kick, the Scots won a turnover. A couple of phases later, they went over for the opening try when Russell glided in under the posts. Captain Greig Laidlaw converted and it was 7-0.

Japan are made of stern stuff though and in the 16th minute they earned a kickable penalty. Tamura just pushed the kick wide though and the hosts were still to get on the scoreboard, however, it only took them two minutes to score and it was an amazing try.

Centre Timothy Lafaele set-up winger Kenki Fukuoka down the left and his lovely inside pass put fellow winger Kotaro Matsushima in for the try. Tamura converted and it was 7-7 as the first quarter came and went.

Japanese tighthead prop Jiwon Koo was then forced off injured with a rib injury to be replaced by Asaeli Ai Valu, but in the 27th minute, Japan scored a brilliant second try.

Matsushima broke through a few tackles and then, when the ball was recycled quickly, great offloading from forwards and backs saw loosehead prop Keita Inagaki go in under the posts. Tamura converted to make it 14-7.

Just before the half hour mark, Scotland second-row Jonny Gray’s head clashed with the head of Japan hooker Shota Horie. Referee Ben O’Keefe referred it to the TMO, but decided to take no further action.

Early on Scotland had been defending well and were winning a few turnovers, especially through back-row Jamie Ritchie, but they were now on the back foot as half-time approached.

And the hosts were starting to turn the screw in the scrum with Scotland loosehead prop Allan Dell the man under the pump.

Tamura had a penalty attempt as a result of one such transgression in the 39th minute, but it just went wide. However, they did score their third try just before the interval, a lovely kick through from Lafaele bouncing up nicely for Fukuoka and he went over on the left. Tamura converted and it was 21-7.

Two minutes into the second half, Japan secured the bonus point try when Fukuoka ripped the ball from Scotland centre Chris Harris and ran in under the posts. Tamura converted and it was 28-7.

Scotland were shell-shocked and were being starved of possession. They did get their phase play together in the 49th minute to score a try through tighthead prop WP Nel. Laidlaw converted and it was 28-14.

Gregor Townsend, the Scotland head coach, then made six changes as he rolled the dice and in the 55th minute some great offloading saw replacement Zander Fagerson go over for the try. Russell converted and there was now seven points in it.

Both sides were going at it ‘full on’ now and the cavalry from the bench were impressing with Fagerson and Scott Cummings doing well for Scotland and Isileli Nakajima causing problems for Japan.

Despite the end to end play, Japan were still 28-21 up  with five minutes to go and they were defending manfully as Scotland stretched them by getting the ball wide.

In the last minute Japan controlled the ball and then booted it out to spark wild celebrations.

We have heard Scotland’s coaching staff say that they want to play the fastest rugby in the world, but currently that honour goes to Japan.

They were under massive pressure going into the game with the expectations of the whole nation on their shoulders, but they recovered from an early Scottish try with aplomb.

The team play with such discipline and structure and their offloading game is off the scale.

The old rip-and-run! Fukuoka with his second

The half backs Yutaka Nagare and Yu Tamura are the heartbeat of the team, they control the tempo and they have so many willing ball carriers around them at every turn.

Timothy Lafaele and man of the match Kenki Fukuoka have also been stars in this tournament and their fitness coaches must work the team hard because they just never stop.

There were a few nerves amongst the home fans when Scotland pulled it back to 28-21, but Japan deserved this win and deserve to now be looking forward to a last eight tie with South Africa in Tokyo.

Scotland recovered from the Irish loss to put in good showings against Samoa and Russia, but coming up against a team in the top eight in the world, they simply had no answers here in the first half.

A good start came thanks to Finn Russell’s converted try, but from that moment on Japan controlled the next 35 or so minutes.

Jamie Ritchie was doing his best at the breakdown, but Japan’s energy and ingenuity was just too much as the hosts led 21-7 at the interval.

Scotland had a point to prove after half-time and although they did get within seven points at one stage, they ran out of steam in this encounter which never stopped.

Plus points go to Ritchie for his performance while Jonny Gray came to the party in the second half, but after failing to reach the knock out stages, a tough post mortem will start now for the Scots.