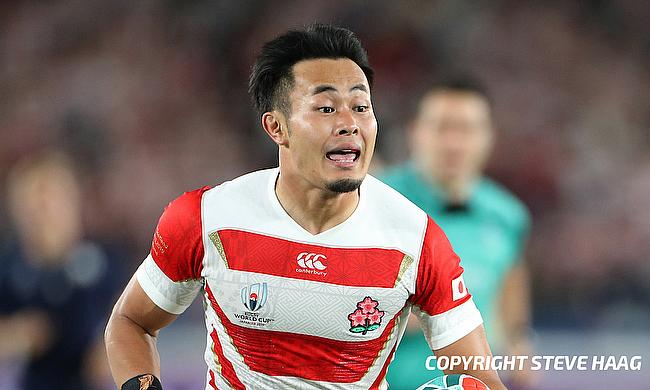 Japan have reached their all-time high position in the World Rugby Rankings following their impressive run in the ongoing World Cup.

The Brave Blossoms went on to defeat Scotland 28-21 in their final game of the opening round that saw them seal the top position in Pool A ensuring they progressed to the quarter-finals for the first time.

Kenki Fukuoka scored two tries for Japan while Kotaro Matsushima and Keita Inagaki touched down apiece and as a result, they now have made a rise to seventh place displacing France. Jamie Joseph's men are now just 1.44 rating points behind sixth-placed Australia and will face the Springboks next in the knock-out stage.

Despite the defeat to Japan, Scotland continue to remain in ninth place but now their difference over 10th place Argentina has narrowed down to 0.92 rating points with the Pumas signing off the tournament with a 41-17 win over USA.

Tonga's win over USA has helped them gain three places to 13th position in the rankings with 71.44 points while USA have slipped to 17th place with 68.10 rating points.

Defending champions New Zealand continue to remain at the top of the table and is followed by Wales, England, Ireland and South Africa at second, third, fourth and fifth positions respectively.

England vs Australia in Oita on 19th October

New Zealand vs Ireland in Tokyo on 19th October

Wales vs France in Oita on 20th October

Japan vs South Africa in Tokyo on 20th October