Clean sweep for Wales after hard-fought win over Uruguay 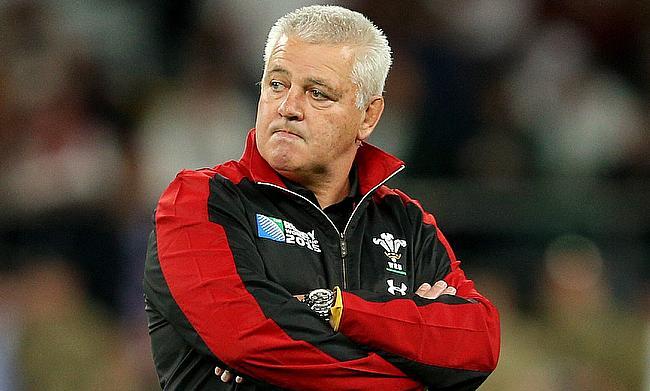 Warren Gatland's side made it four wins from four, but this wasn't a polished display against Uruguay
©PA

Wales stuttered to a 35-13 victory over Uruguay to end Pool D in top spot as they set-up a quarter-final tie with France. Chris Heal has his say as Warren Gatland's side battled to four wins from four in Kumamoto.

Warren Gatland made a whole host of changes for their final group stage match against Uruguay, but this was all about ensuring the Six Nations champions finished on top of Pool D with a 100 per cent record.

Wales had never won all of their pool fixtures at a World Cup before this tournament, but despite creating a small piece of history in Japan, this wouldn’t have been the clean-cut display an unimpressed Gatland desired ahead of their quarter-final clash with France next weekend.

Make no mistake, this was a slog for Wales. Uruguay had lost 54-9 to Gatland's side at the Rugby World Cup in 2015 and the South Americans were determined to showcase the huge strides they have made over the last four years.

Their landmark win over Fiji means this is already a tournament to remember for Los Teros, but rather than looking drained after their efforts throughout the pool stages, they were revitalised against one of the World Cup favourites in Kumamoto, who were victims of multiple unforced errors.

?? "Credit to Uruguay, they kept coming at us. They didn’t stop from the beginning to the end. Four wins from four, we've got to continue winning and we’ll be in a good place."@WelshRugbyUnion Captain Justin Tipuric#RWC2019 #WALvURU #RWCKumamoto pic.twitter.com/Gpkrcn9KkH

Initially, the 13 changes made by Gatland didn’t seem to effect Wales as they made an adventurous start with Adam Beard and Bradley Davies making solid breaks.

Hallam Amos was close to opening the scoring from the wing, but a handling error let him down whilst Aaron Shingler’s acrobatic effort in the corner was ruled out because the flanker's knee was in touch.

Uruguay’s strong defence was starting to frustrate Wales and whilst Los Teros were conceding numerous penalties, they continued to shut Gatland’s side out. However, their resistance was eventually broken as Nicky Smith barged over from close range for his first Test try.

Uruguay made 50 tackles in the first quarter of this encounter, but their industrious performance was rewarded as Felipe Berchesi slotted over a penalty on 21 minutes.

Wales then thought they had their second score through Amos, but a forward pass from Hadleigh Parkes saw referee Angus Gardner chalk off the try.

It was a frustrating opening half an hour for Wales who were struggling to find any rhythm whilst Uruguay’s excellent first half display was typified by a brilliant turnover by Nicolas Freitas in his own 22.

Wales’ annoyance with their sloppy performance turned into ill-discipline at the breakdown and Uruguay took advantage to slot over another penalty before the interval.

When Rhys Patchell kicked the ball into touch to conclude the first period at 7-6, it summed up Wales’ emotions after a disjointed opening 40, but as expected, Gatland’s side did improve in the second-half.

Wales’ respect for Uruguay was highlighted by Leigh Halfpenny opting to go for the posts shortly after the restart, but despite his effort coming back off the woodwork, the Six Nations champions were able to stretch their advantage on 48 minutes.

They are queuing up there

Adams goes over. Is that the try that relieves some of the tension here?#ITVRugby #RWC2019 pic.twitter.com/ceViexq3s0

Bradley Davies’ surge was halted just short of the line by the excellent Uruguay defence, but patient build-up play resulted in Patchell floating a pass out to Josh Adams who strolled over in the corner for his fourth try this week.

Amos should have followed suit before the hour, but another forward pass stopped the Cardiff Blues man from scoring again as Wales’ handling errors moved into double figures.

Their poor execution was a theme throughout the evening in Kumamoto, but Wales’ power up front set the base for their third try. A yellow-card to Santiago Civetta was swiftly followed by Angus Gardner signalling for a penalty try following another rumbling maul by Wales.

But this Uruguay side never gave up and deservedly scored their only try with nine minutes to play. Frietas produced an excellent chip over the top of the defence which he collected and after a penalty which Uruguay kicked to the corner, German Kessler barged his way over to equal Los Teros’ best ever World Cup try-scoring tally.

However, Wales were able to eventually seal a clean sweep of victories in Pool D with the help of replacements Tomos Williams and Gareth Davies. Both backs produced great steps to score, with the latter darting over after Amos had been denied by the TMO once again.

Four wins from four was maybe expected for Wales following their triumph over Australia, but credit must be given to Uruguay after their brilliant performance against one of the world’s best sides. Nevertheless, stage one of Wales’ World Cup dream is completed and their next mission comes against France in seven days time.