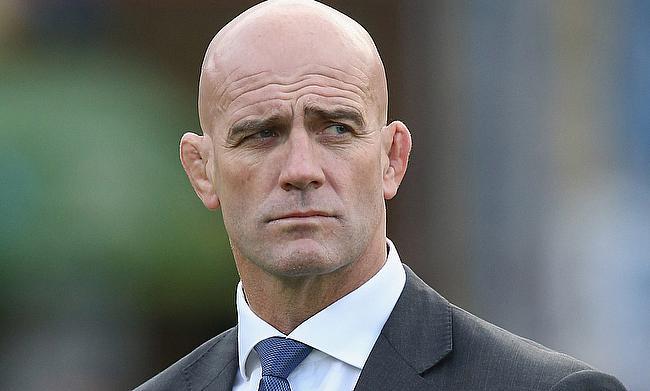 England defence coach John Mitchell will be in charge of their 'A' side when they face Scotland counterparts in the game at Mattioli Woods Welford Road on Sunday.

Mitchell joined Eddie Jones' backroom staff in 2018 as defence coach and has already signed a contract extension until the end of the 2023 World Cup earlier in the year.

“England Rugby has appointed John Mitchell as head coach of England A in their one-off game this weekend," read a statement from the Rugby Football Union.

“The defence coach will lead the England A side against Scotland A at Mattioli Woods Welford Road, Leicester, on Sunday".

Jones had named a 36-man squad last weekend that includes 21 uncapped players. The matchday squad will be announced on Friday.

“It’s exciting for us to be working with this new group of players and seeing them grow day-by-day," said Mitchell.

"We have a responsibility to perform as an England team and I’m looking forward to leading this side in an international game against Scotland A.”

Meanwhile, Jones expressed confidence on Mitchell and believes his experience will benefit the squad.

“John is very good with young players and will pass on his knowledge and experience to this group. The team selection will be a collaborative decision and John will be in charge on matchday.”

Following the game against Scotland A, England will also face USA and Canada on 4th and 10th July respectively.