“Dave is tough and has a great attitude”: Cherry puts in hard yards to get to the top 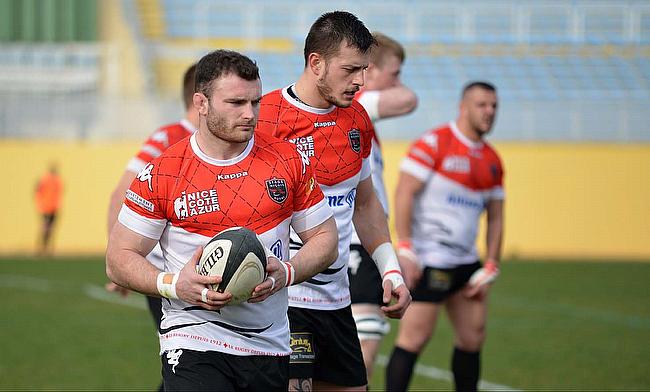 In sport - like in other facets of life - there is never just one route to get to where you want to be.

And, in this era of Academies and players feeling they have to be signed up by professional teams, how refreshing it has been to see 30-year-old hooker Dave Cherry making his mark with Scotland in the Six Nations.

Cherry admits himself that when he was playing in the English Championship with London Scottish between 2014 and 2017 - and then spent a year in the French lower leagues with Stade Nicois - he did wonder if his international dreams were fading away.

However, anyone who has known this determined and hard working character since his days at Merchiston Castle School in Edinburgh will never have doubted his character and his ability to make his dreams a reality.

After school he played his rugby for Northumbria University and was involved with the Scotland under-20 squad and, when he returned home to the Scottish capital, he joined Currie.

“Dave played for us after university before he moved onto London Scottish and he made a big impact at the club during this time and is very highly thought of by all at Currie,” Ally Donaldson, who was Head Coach at the Malleny Park club at that time, told TRU.

“What struck me immediately about him when he arrived at the club was not only his basic skill set as a hooker, but how good an all-round rugby player he was.

“Dave is tough and has a great attitude and I am not surprised that he has pushed on to where he is now.

“At the time Dave was with us was, Stuart McInally was drafted [in the pro draft] to Currie as he was starting out his career as a hooker having been a back-row.

“I remember being asked by the Scotland coaching group at the time to start Dave on the bench as they wanted Stuart to start games. It was a nice problem to have having those two guys available.

“I think it says a massive amount about Dave that he's stayed connected to the club and regularly comes up to watch matches at Malleny Park when he can.

“Before the England match I sent him a good luck message before the and he replied immediately from Twickenham. It was a really nice touch and speaks volumes for his character.”

Test debut at Twickenham: “It was so surreal”

The England match Donaldson speaks of was of course Scotland’s 11-6 victory in London last month in round one of the Six Nations.

Cherry, who has now been at Edinburgh Rugby since 2018 after three years at London Scottish and 2017/18 in France, came off the bench for his full international debut in that one late on when George Turner took a slight knock.

Many would have been nervous coming on at such a crucial stage of the match, but Cherry looked like he had been playing at that level all of his life.

And, after they sealed the win, the day got even better for Cherry when Scotland Captain Stuart Hogg let him and fellow debutant Cameron Redpath lift the Calcutta Cup

“It was so surreal,” Cherry himself states.

“The whole day was over way too quickly for my liking! I remember sitting in the stand and looking at the clock and I was like ‘how’s that 60 minutes gone already?’ - and then it came to the end of the game and I was in it and the final whistle was there before you knew it.

“When Hoggy asked me to lift the Calcutta Cup it was amazing - I think I’ve thanked him about 30 times!

“It was over so quickly. We Zoomed my family in the changing rooms when I got my cap. I look back on it and it’s still a bit unbelievable really.

“To have my first cap at Twickenham and win the Calcutta Cup, you couldn’t write that, especially with the journey I’ve been on in my career.

“I think you have to settle in as quickly as you can to this level. That whole first cap experience has been and gone, now I’ve got to concentrate on the next game, they keep coming.

“Yes, it was a great experience at Twickenham, I loved it and I’ll never ever forget it, but it’s about continuing to learn, continuing to try to get better.

“At the top level it comes down to small moments which can make a massive difference. And speed, speed of thought is everything. It’s just that little bit more intense.”

“We are extremely proud of what Dave has achieved”

Since that whirlwind day at the home of English rugby on February 6, Cherry’s second cap off the bench came in the Six Nations round two loss to Wales at BT Murrayfield on February 13.

He is set to again be named on the bench for Scotland on Friday lunchtime as they get ready to welcome Ireland to Edinburgh on Sunday in a round four clash.

And, should he get on, the boarding school pupils at Merchiston Castle School just a few miles away will be watching on TV and cheering him on.

“As a school we are extremely proud of what Dave has achieved over the last few years,” Merchiston Head of Rugby Roddy Deans said.

“He has kept his head down and worked extremely hard over the last 10 years to achieve his childhood dream of playing for Scotland.  To gain his first cap and lift the Calcutta Cup is just reward for his resilience, desire and perseverance to never give up.

“We are very proud to see him excel and succeed at the highest level of international rugby.”