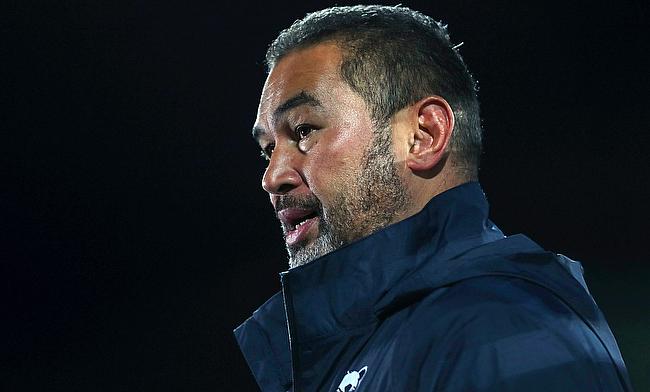 The three statements printed on the wall of Bristol Bears’ new gym gives you an idea of the journey the club are on. “Champions Cup: our ambition. England internationals: our programme. Home-grown players: our passion.”

It is fair to say the West Country outfit have lit up the Gallagher Premiership since returning to the top-flight in 2018, with some eye-catching performances and some sparkling individual displays.

The men from Ashton Gate have certainly enjoyed themselves over the past 24 months and having finished ninth last term, the Bears are continually raising their own bar. The memories and successes of previous seasons are put to one side and, judging by the messages which adorn parts of their new state-of-the-art training facility, the need to improve seemingly drives Bristol on.

Specifically, the figurehead for the Bears’ rise is Director of Rugby Pat Lam. Having clinched the Pro12 title with Connacht in 2016, the former Premiership player returned to England a year later in a coaching capacity and he has helped transform Bristol alongside owner Stephen Lansdown.

Lam’s arrival immediately resulted in a promotion-winning season from the Championship as the club achieved 103 points and 21 wins from their 22 matches. Since then, Bristol haven’t taken a step backwards and the recent unveiling of the ‘Bears High Performance Centre’ is just another anecdote to add to the thrilling story they are currently writing.

“That is one of the key reasons why we made it the high-performance centre,” Lam says. “It is brand-new and everyone is loving it, but it was built by the Lansdown’s as part of their vision of a legacy that will last forever and ever.

“We want to make sure people understand that it is a high-performance centre. I like a culture around our relationships and we build that, but we can challenge it too. To be able to help everyone and be able to say, ‘hold on, that is awesome, that is high performance,’ or ‘that is not high performance’ whether you are a staff or a player and that sets the marker of what is needed to go to the next level.

“We are here for people to be their best and be at their best and if we’re not, then you can easily be replaced. If we do this, we will grow as a team. The Bears become stronger and stronger. We are on the upward curve and we have expectations of ourselves, first and foremost, to be excellent and to be world class or to aim for it.”

What Bristol are creating could be described as a centre of excellence. A brand-new training ground combined with a high-quality coaching team (which Lam has recently added to) and a squad littered with world class players does seem to be an exciting formula.

Before lockdown, Bristol were on a five-game winning run after dispatching Harlequins at Ashton Gate, but since then, they have been able to bring in several new faces due to contracts expiring and new deals beginning.

The most notable additions to the Bears armoury are Kyle Sinckler and Semi Radrarda, with the latter being arguably one of the sports most exciting stars following his electrifying performances in the NRL as well as for Fiji in the 2019 Rugby Union World Cup.

“I think it is fair and honest to say that the reaction that people have had when they have come and seen our high-performance centre is probably the same as what the players have been like when they have watched Semi train!” adds Lam.

“He has been pretty impressed. He is a real team man and I think he has got x-factor, but has physicality and he has work rate too. That’s what I love about him.

“He has a lot of guys who are soaking up and watching him. He has already changed the whole back-line.  Normally, the backs would come into the session and they would be all talking. Semi comes in with his roller and his bands and starts doing his pre-work. Suddenly, I came down to the gym and Kevin Geary our Head of Performance gave me nudge and said, ‘have a look’ and all the backs are rolling, stretching and copying him! Wherever I have coached, when you make a decision on bringing in players that are high profile, it has been about not only what they can do on the field, but what they can do for those around them.”

Radradra, who scored 82 tries in 94 games for the Parramatta Eels before stepping into rugby union, will link up with an already potent back-line which includes the likes of Charles Piutau and the Premiership's joint top-try scorer; Luke Morahan.

“Semi is unbelievable,” Morahan tells TRU. “You can expect some pretty special things from him! His offload ability is second to none. He is like an absolute torpedo into the line at times! He is a big guy, physical, but very skilful at the same time. Even for us, we are standing next to him, waiting to see what is going to happen!

“He is very naturally gifted, but he works really hard and he is very professional. That is no surprise because he is one of the best players in the world. We have got Charles here as well, who again is world class.

“The depth in this squad I think will worry a few people. We may give them a fright and that is what we want because we want to go a long way in competitions and you need depth to be able to perform week in, week out.”

A brace from Morahan against Harlequins in Bristol’s final game before lockdown helped his side secure a 28-15 victory and it means the Bears sit in third place ahead of the Premiership restart. They also have a Challenge Cup quarter-final against the Dragons to come next month so the opportunity to add silverware to the Ashton Gate trophy cabinet is a realistic one.

“I think it is exciting for us,” Morahan says. “I think we have got two trophies available to us in the next 10-odd weeks so that is exciting and it sort of gives us that motivation and direction.

“There are a lot of reasons why a fast start is important. We want to start fast to pick up from where we left off before the break. There is a lot of unknown moving forward to what could potentially happen and you want to be in the best position possible if there were to be another break or whatever it may be.

“You want to control those things you can control and put yourself in the best position so a fast start is crucial for that. That’s our aim and I guess that is most team’s aims, but we have put an emphasis on coming out firing and mostly continue the trend we had going.”

The Bears will resume the season on Saturday afternoon, but the challenges which face the side over the next fortnight could shape the rest of their season.

With clashes against Gloucester as well as title rivals Exeter Chiefs and Sale Sharks to come, Bristol return to action by welcoming current champions Saracens to Ashton Gate.

Despite the European cup holders suffering relegation following the club’s salary cap breaches, Sarries have won nine of their 13 Premiership matches, which is one more than Bristol, and Lam knows his side must be firing on all cylinders if they are to begin in a positive fashion.

“There is quality there, they [Saracens] are the defending champions,” the Bristol boss adds. “They are the ones that have set the marker.

“It is like Formula One. Everyone is starting in different positions and as you know, even if you start in third position, it doesn’t guarantee you are going to win. People can overtake you or you can push forward or stay the same so once you start the race, it is about how you start and everything is completely about Saracens.

“Once that game is over, then we will worry about the next game. Of course, we have got a plan on how we are going to do everything, but ultimately, our plan is how do we make sure that every Bears team goes out as the strongest Bears team.”

Whilst “Champions Cup: our ambition” is clearly Bristol’s aim, the Bears have an excellent chance to take steps towards that goal over the course of the next seven weeks and victory at Ashton Gate against the current English and European champions would further emphasise the journey the club are on.