Semi Radradra to join Bristol Bears ahead of 2020/21 season 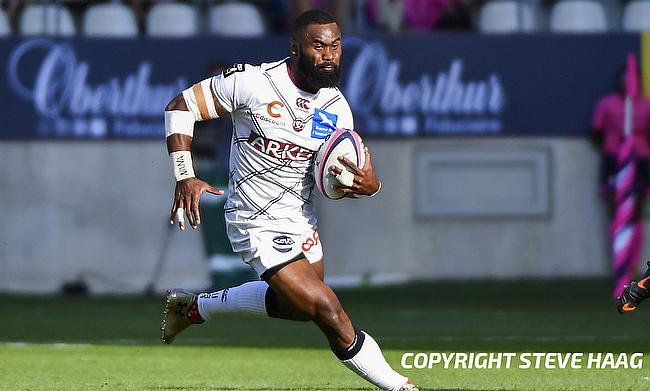 Bristol Bears have confirmed that Fiji international Semi Radradra will join the club ahead of the 2020/21 season.

Radradra, who switched codes in 2016 played for Toulon in 2017 before joining Bordeaux Begles in 2018. He has now signed a three-year contract with the Ashton Gate outfit starting next season.

With their current X-factor player Charles Piutau out of contract at the end of the current season, Radradra is likely to be one of their Marquee players, and won't effect Bristol's salary cap.

“I’m looking forward to coming to the Premiership and to be playing under Pat Lam at Bristol Bears. They are one of the most exciting teams in Europe right now and the way that they are doing things is making everybody take notice," he told the official website of the club.

“I visited the world class facilities at Ashton Gate and saw the progress of the new training ground – it’s a fantastic club to be joining with a bright future ahead. I can’t wait to get started and contributing to the Bristol Bears vision.”

The 27-year-old played all four games for Fiji in the recently concluded World Cup campaign in Japan in which he scored two tries.

Bristol Bears director of rugby Pat Lam said he was impressed with Radradra when he was part of Barbarians squad to take on England in 2018.

“There is no doubt that Semi is one of the best players in the world – he’s truly a world class performer and we are so excited about what he can do for the team,” said Lam.

"Every top club across both codes on the planet wanted him, so for Bristol to be able to bring in a player of his quality underlines the fantastic work that the club is doing. Semi has clarity about our vision and knows what the club want to achieve.

"As a person and a player, he is perfect for our culture which places an emphasis on community and high performance.

“I got to know Semi well at the Barbarians and we were blown away by his professionalism and dedication. He is world class because of the relentless work and preparation he puts into his game, day in day out. It’s no surprise that he has taken the World Cup and French Top 14 by storm – Semi is the ultimate professional".