WRWC 2014: England triumph over Canada in the Final 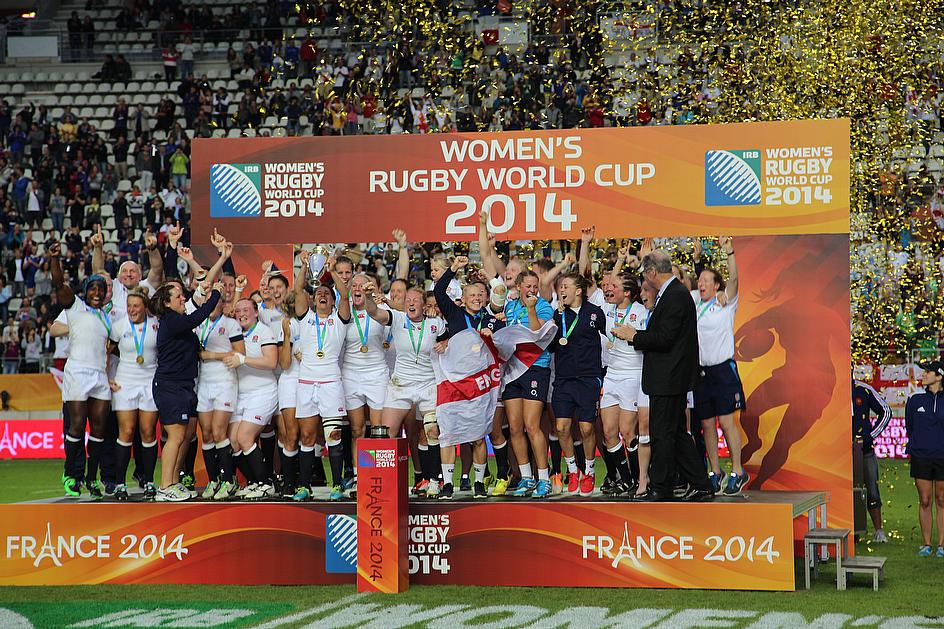 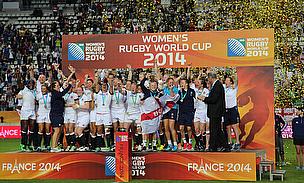 WRWC 2014: England's win over Ireland sees them into the Final Against Canada
Scarratt Under no Illusion of Ireland Threat
Women's Rugby World Cup 2014 - Into The Final Week
WRWC 2014: England and Ireland through to the Semis

England won the Women's World Cup after centre Emily Scarratt inspired a 21-9 victory over Canada at Stade Jean-Bouin in Paris.

Wing Magali Harvey kicked three penalties for Canada, but England were not to be denied, being crowned world champions for the first time since 1994 and ending a run of three successive World Cup final defeats, all against New Zealand. 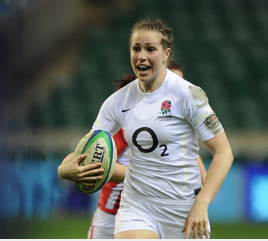 Emily Scarratt: The points machine for England in the Final

The game was inevitably tense, given the stakes, but Scarratt's contribution was significant.

She missed only one kick at goal, and then displayed a superb piece of skill when it mattered to unlock Canada's defence just as the match hung in the balance during its closing moments.

England fielded 11 survivors from the team that started the 2010 World Cup final against New Zealand in London, and the pain of that 13-10 loss had been a motivating factor for captain Katy Mclean and her players.

Canada gave it everything, especially their forwards, yet England possessed the dominant individual in Scarratt, and her try sealed the deal to spark wild scenes of celebration.

Waterman and prop Rochelle Clark, meanwhile, both featured in a World Cup final for the third time, but Canada made their debut in the showpiece fixture after they knocked out hosts France five days ago.

A cagey opening burst into life when Hunt's sharp break from the forward base caught Canada napping, and England opened their account when Scarratt kicked a 10th-minute penalty.

Both teams were eager to move possession wide, and a sharp break by Canada centre Andrea Burk was rapidly followed by England launching a thrilling counter-attack that was only thwarted when Canadian flanker Karen Paquin hauled down Kat Merchant.

Hunt went even closer five minutes later, darting to within inches of Canada's line, but she was also denied by Paquin - who prevented the Lichfield number nine from touching down.

It was a breathless contest, and England continued to dominate in terms of territory, with a second Scarratt penalty doubling their advantage 15 minutes before half-time.

England did not lack confidence, and their adventurous approach reaped a spectacular reward when the combined approach work of wing Kay Wilson, Mclean, lock Tamara Taylor and flanker Maggie Alphonsi delivered a try for Waterman.

Scarratt could not add the touchline conversion attempt, yet England were excellent value for their interval lead, even though Harvey cut it to 11-3 when she kicked a penalty on the stroke of half-time.

A second Harvey penalty four minutes after the restart gave England food for thought, and with Canada's scrum starting to exert a degree of dominance, Mclean's team came under escalating pressure.

Harvey then completed her penalty hat-trick with a strike from just inside England's half, which cranked up the pressure and tension as the game moved into its closing quarter, but not before another Scarratt penalty restored a five-point advantage.

And then Scarratt provided the clinching score, taking Mclean's pass before beating one tackler and then running clear of two more Canadian defenders on a 30-metre dash to the line.

England living the dream after win

Head coach Gary Street has revealed a sense of "huge relief" after England's women ended a 20-year wait to be crowned world champions.

Street and the England squad will be back in London from Paris on Monday, having secured the World Cup following a 21-9 victory over Canada.

England had lost the three previous finals - all to New Zealand - with Street's starting line-up against Canada featuring 11 survivors from the team beaten by the Black Ferns in London four years ago.

"It feels a bit like a dream," Street said.

"It's quite surreal, and I think I will wake up in a minute!

"It's a pretty amazing feeling, and I am just so proud of everyone involved. It's a really special group. We've been on a long journey, but to have that trophy makes it worthwhile.

"The support we've had has been amazing, and it's a huge relief to be able to deliver."

England's success was secured by 16 points from centre Scarratt, including a superb late solo touchdown, and a try by full-back Danielle Waterman.

"That group of girls and staff deserve everything we've got today.

"This is all about the England rugby family. It's amazing. It started years ago with the people that have brought us here, our family and friends."

Tributes quickly flowed to the England side, whose triumph comes 11 years after the men's team were crowned world champions following a dramatic victory over Australia in Sydney.

Minister for Sport Helen Grant said: "Congratulations to the fantastic England women's rugby team and all their support staff on becoming world champions. They have made the nation proud.

"I am sure they have inspired many women and girls to get involved in the sport, and I know the RFU (Rugby Football Union) will be working hard to build on this success."

And England 2003 World Cup heroes Lawrence Dallaglio and Richard Hill were among many past and present international stars to praise the achievement of Mclean, Scarratt and company on Twitter.