WP Nel 'back to his best' ahead of Glasgow clash - McInally 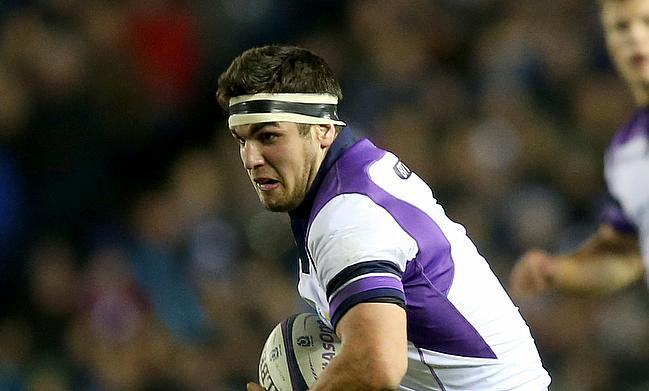 Edinburgh Rugby captain Stuart McInally has hailed the form of tighthead prop WP Nel ahead of Saturday’s first match in the 1872 Cup series with Glasgow Warriors.

A crowd of over 25,000 is expected at BT Murrayfield to watch Scotland’s two pro teams do battle for vital Guinness PRO14 points and the bragging rights.

With both sides coming into this one off the back of double wins in the Heineken Champions Cup pool stages over Newcastle Falcons and Lyon respectively, it promises to be an intriguing 80 minutes.

Like any rugby match, the front-row battle will be key as to who can get on the front foot.

And while a lot of focus this week has been on the clash between Scotland man McInally and Warriors’ rookie hooker Grant Stewart, the former believes he has some of the best props in the business alongside him.

The squads for the derby match were named on Friday with tighthead props WP Nel along with looseheads Pierre Schoeman and Allan Dell all included for the home side.

It has been a tough couple of years for Scotland cap Nel. He has had to deal with neck, arm and knee injuries with the former causing real concern and, at one point, leaving his career in the balance.

However, this season, the 32-year-old South African-born scrummager has been a stand out.

“WP has been excellent for us, he really is back to his best,” McInally told TRU this week.

“Scrummaging is a dream with him. He's so, so strong and so proud to be a tighthead prop, he doesn't go back in the scrum ever which is great for me as a hooker.

“Defensively he has improved a lot and he's getting back to the standards he holds himself to which is great.

“On the other side of me, Pierre is such a good character to have in the squad, very energetic and positive.

“He brings a lot of energy to training. Even when the weather's not the best, he's always got a smile on his face. He's a very tough man, trains very hard and is improving all the time. He was already a great player, but since coming over here [he moved from South Africa in the summer], I think his ball carrying has been excellent, his tackling and scrummaging as well.

“And with Simon and Allan, you know what you get and we have a good mix of props at the club now.”

As mentioned, with hookers Fraser Brown and George Turner missing this one for the visitors, the number two jersey could has been handed to Grant Stewart by Dave Rennie.

The 23-year-old has been on the fringes of the Warriors’ squad for the last 18 months, but he played the majority of last week’s win over Lyon and signed his first ever pro contract on Thursday.

“It is sad that Fraser and George both seem to be out, but I know Grant Stewart well from the summer tour where I worked with him a bit,” McInally said of a player who travelled with Scotland this year to gain vital experience.

“He is an excellent player who has been playing really well and had a good game against the Ospreys recently and he came on last weekend against Lyon.

“He is a very capable young player, somebody we will be watching closely. They have real quality there at the hooker position in Fraser and George, but Grant is a very good young player who people maybe don't know too much about so it will be a different type of challenge.”

Edinburgh won two of the three meetings with Glasgow last year to lift the 1872 Cup, including the first one around this same time last year despite playing the majority of it with 14 men after Bergan’s red card.

This season, Richard Cockerill’s men have struggled on the road - apart from at Kingston Park last Sunday - but their home record is superb.

They are unbeaten at the national stadium and McInally said: “We love playing at BT Murrayfield, it is our home and we are proud of our home record.

“It is something to know the majority of the crowd will be there on Saturday to support Edinburgh.

“Obviously with Richard coming in last season as head coach, he's brought that sort of hard edge to training and we put in the hard work.

“I feel that is the cornerstone of why we're doing well at home, winning some of the games at the death because we do work really hard.

“There are times in games where you find those reserves needed because you've done it all in training.

“The belief has grown, obviously Richard knows what he's talking about. He's got a proven track record with Leicester as a player and coach and did well with Toulon before coming here. You know what he's telling you works.

“Everyone buys into it which is excellent.”