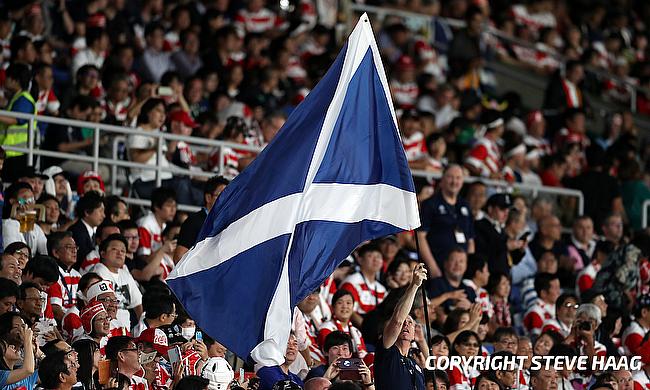 Scottish Rugby Union (SRU) will face a hearing in front of an independent disputes committee of World Rugby following their recent comments on the fixture against the World Cup home side Japan.

As Typhoon Hagibis struck Japan last Saturday, the tournament organisers cancelled the World Cup games against England-France, New Zealand-Italy and Canada-Namibia while the game between Scotland and Japan that was scheduled on Sunday was kept in the balance with an inspection scheduled.

SRU chief executive Mark Dodson threatened World Rugby with legal action if the game did not go through as a cancelled result would have finished their campaign in the tournament which did not go well with the governing body.

“Under our tournament rules, we are very careful that people behave appropriately. As a result of that, we’ve referred to an independent disputes committee the behaviour and comments of the Scottish Rugby Union,” said Tournament director Alan Gilpin.

The game eventually did get underway on time in Yokohama with the Brave Blossoms extending their dominance in the tournament with a 28-21 win that ended Scotland's hope.

World Rugby chief executive Brett Gosper also expressed his disappointment on the comments of the SRU and stressed that any decision taken was in the best interest of the game without the influence of any member unions.

“We made a call based on the volume of what was in front of us. We were ready for typhoons. There is nothing exceptional about typhoons in this country. But this was an exceptional typhoon that we haven’t had the likes of since the fifties,” said Gosper.

“Please understand, this was an exceptional event that was thrown at this tournament and the tournament has handled it brilliantly. We knew this was coming but not on that scale,” he said.