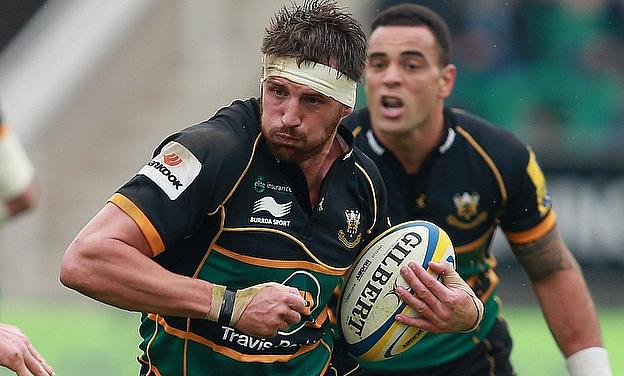 Northampton and Saracens will renew their fierce rivalry on Saturday with Saints' England flanker Tom Wood predicting another titanic encounter in the quest for "bragging rights."

A year after Northampton won the Aviva Premiership title by beating Saracens during the dying seconds of extra-time, this weekend's prize is a return trip to Twickenham for an appointment with either Bath or Leicester.

And even though Saints have beaten Saracens home and away in the league this season - a feat they had not accomplished since 2004 - Wood knows that mini run of success will mean little heading into the latest instalment.

"They (Saracens) had our number for a while," he said.

"It was only a few years ago that they seemed to beat us regularly, and on the big occasions as well. They did us the year before I arrived here in a semi-final.

"We seem to have bucked that trend slightly at the minute, and we are having the run of things, but all that will count for very little at the weekend. It is a one-off game on the day.

"We know what a quality side Saracens are. They went furthest of all the English teams in the European Champions Cup this season.

"We have beaten them twice this year and hopefully we have got them figured out, but we won't be counting our chickens because we know what quality they will bring."

Saracens' traditional dressing room victory song went down like the proverbial lead balloon with Northampton after the visitors won a Premiership encounter at Franklin's Gardens in 2010.

Reflecting on the rivalry's extra edge, Wood added: "That rattles proud professionals, and it's difficult to sit and listen to when you have lost.

"You also have potential England match-ups battling against each other, and that always adds a bit of extra spice.

"It comes down to two top-quality sides going head to head, the balance swinging backwards and forwards and always wanting to have the bragging rights. That's what rivalry comes from.

"They are an incredibly-organised team. They are well-structured, they come with a plan, and that is something we have talked about in the past. Their analysis is meticulous.

Two of Wood's Northampton and England colleagues, meanwhile - front-row forwards Alex Corbisiero and Dylan Hartley - have been criticised in some quarters for their performances during recent weeks.

But Wood admits he is baffled by any such suggestions as Saints prepare for the Premiership season climax and the potential reward of a second successive league title if they win two more games.

"I don't know where those comments come from," he said.

"'Corbs' has obviously had his injury problems, but he is still the force he was, scrummaging-wise. He is still a big powerful man who is a big asset to us.

"As far as Dylan, his set-piece is always immaculate. He's a leader for us on and off the field - he is a talisman in the changing room. That is the way it has always been.

"You know what you are going to get from Dylan. You know he is going to be in the thick of it and on the front-line leading from the front. We are happy with that."