A month on the sidelines for North 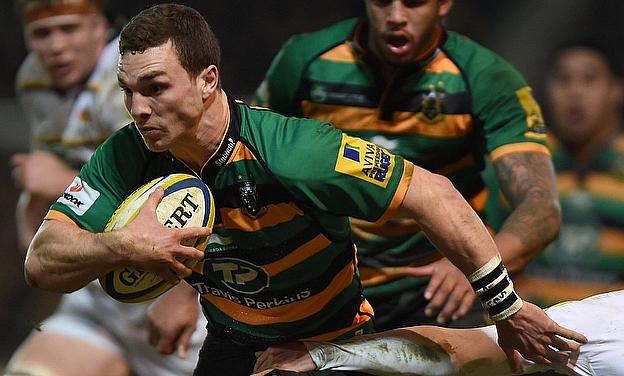 George North will be given an extended period to rest
©PA

Northampton have announced that winger George North will remain on the sidelines until at least the end of April.

The reigning Aviva Premiership champions said on Wednesday that North would be out of Saturday's European Champions Cup quarter-final at Clermont Auvergne after his latest head injury, but the club have now offered an update on his situation.

North has been knocked unconscious three times in recent months, including in last Friday's 52-30 win over Wasps, and he will now be given time away from the game to rest .

"North saw a neurologist on Wednesday (April 1st), who has advised that the winger take a month away from playing rugby before being re-assessed at the end of April," the club said in a statement on their website.

"North will continue to be monitored by the Saints' medical team in the intervening period. He will not participate in on-field training, but will continue to contribute in other areas and maintain his work with the club's performance department."

North left the field unconscious after scoring the second of two tries in Saints' win at Franklin's Gardens, with Wasps forward Nathan Hughes sent off for dangerous play as the Wales wing touched down.

Hughes protested his innocence but on Tuesday was banned for three weeks, although Wasps have announced they will appeal that decision.

Concerns arose for North's wellbeing in the wake of the match, with it coming hot on the heels of the towering wing taking blows to the head in the autumn and twice against England in the RBS 6 Nations whilst on international duty.

Northampton director of rugby Jim Mallinder emphasised that the 22-year-old's health is the club's top priority and he will not be rushed back into action.

"We have listened to the advice we sought and George will be taking some time away from the field," Mallinder said

"Throughout this process it is important that George's welfare comes first and that he is treated patiently and calmly, only returning to action when all of the medical team are happy for him to do so."

If the former Scarlets flyer can prove his fitness during his month-long lay-off he could return in time for the last two rounds of this year's Premiership, before the semi-finals on the weekend of May 23 and final a week later.

It will be a much tighter race against time if Saints progress in Europe in his absence, with the first Champions Cup final taking place at Twickenham on May 2.