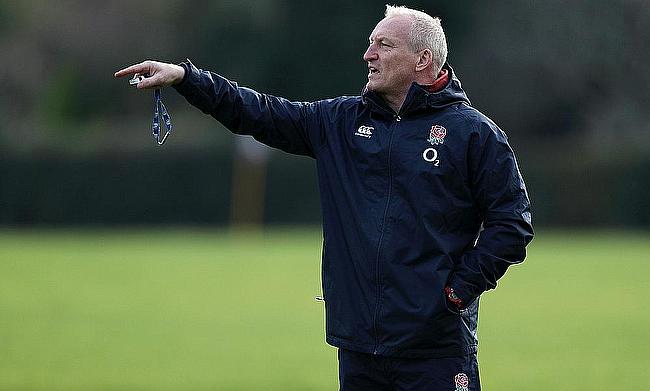 Danielle Waterman Interview: It is important that players are appropriately supported
A women’s Lions tour is ‘just another opportunity to grow the game’
Poppy Cleall Exclusive: “The people I'm playing with are who I play for”
Exclusive: Jess Breach Q&A - I love being a role model

The Red Roses are heading into a World Cup year with confidence coursing through their veins, but it is not just on the pitch where positive strides have been made.

TRU’s Elizabeth Cartwright looks back at some standout moments from 2021 and chats to O2 Sports producer and women’s rugby advocate Victoria Rush, as they reflect on the last 12 months.

Victoria, who plays rugby herself for Richmond Women and is also an advisory board member for Girls Rugby Club, launched the #IAmEnough campaign last year and she spoke about her reasoning behind it and its driving force.

After growing up herself and feeling like it wasn't worth taking part in sport, she decided to set up this campaign: “Canterbury launched the new Irish rugby kit last year and they launched it with male players and male models. That was highlighted by two players in the women’s Premiership.

“That really resonated with me at the time it happened. As a female involved in sport growing up, I felt as though I shouldn’t be doing it and I wasn’t respected as an athlete. I decided after seeing this, I wanted to create something that women could empower themselves, rather than empower it through external resources like Canterbury telling them what they could be or deserve to be.”

The #IAmEnough campaign went viral on social media. It allowed female athletes to share their stories on why they are 'enough' with images of themselves taking part in playing sport whilst sharing the hashing #IAmEnough. It was hugely positive to see so many people on board with the idea and supporting it because no one should be treated differently due to their gender or the sport they play. It allowed females to connect and share their stories together.

The Year Of The Rose…again

Simon Middleton’s side are on an 18-game winning streak and were in fine form over the Autumn period. Over 1 million people tuned in on BBC Two to watch England v Canada. That’s hugely encouraging, but we’ve got to continue to push for consistent airtime. It’s not just about a one-off. They really bought into the fact there was a four-game series. The BBC got in behind it and the coverage was excellent.

Seeing hundreds of young girls cheer on the Red Roses at Sandy Park, Franklin’s Gardens, Sixways and the Twickenham Stoop was hugely encouraging and makes next year’s World Cup in New Zealand all the more thrilling. Women’s rugby really is on the rise.

Just home after the most fantastic day at FG??. A year on after interviewing @elliekildunne (my first article published by @TalkRugbyUnion), I managed to grab a photo with her tonight??. The attendance was over 9,000 - it really felt like it. Proud journalist moment??#redrosesfra pic.twitter.com/xMmSdrrTne

Victoria echoed my thoughts when discussing the increase in publicity of women’s rugby on our TV screens: “It’s exactly what the game needs. It’s better than the coverage we had for the Six Nations. To have all four games televised was great. That’s got to be the most back-to-back women’s rugby we’ve had free to air on TV besides the World Cup, I think. They were really important fixtures that took place ahead of next year’s Six Nations. It’s hopefully created as much hype as possible heading into next year’s World Cup."

England are very fortunate to have tremendous strength in depth within the squad. Not all teams are lucky enough to have that, as we’ve witnessed this year. You can’t rely on just 15 players and Simon is doing an excellent job in building real squad depth. He’s fortunate enough to have three or four players he can pick in each position which puts the girls in great stead for next year’s World Cup. It’s a hugely exciting time to be a player and a fan.

Holly Aitchison’s dazzling debut - Holly won her first XV’s cap in the opening Test against the Black Ferns and it was a debut to remember for the 23-year-old after scoring a brilliant try towards the end of the match. The centre saw a gap in the New Zealand defence and danced her way through to score under the posts - the perfect finish for the Saracens star.

Her speed, tantalising footwork and ability to see space from afar make her a talented player. She’s burst onto the England scene in style and I’m sure she’ll be given plenty more opportunities in next year’s Six Nations.

Poppy’s 50th cap and match boots - The powerful back-rower received her 50th cap last month and was outstanding against the Canadians. Her Grandma was in the stands watching her for the first time too. She also wore the most amazing boots which had her loved ones painted onto them - a really classy touch from @twocustomisers. The 29-year-old put in a tremendous shift and delivered some magical passes for her teammates to go on and score from.

Her work rate is class, her footwork is neat but it’s the speed she moves at that’s impressive. You can see how hard she’s worked on her agility in recent months. She captained her country for the first time this Autumn and is a huge force to be reckoned with - a true leader.

Abby Dow’s performance this year - The 24-year-old speedster broke onto the international stage in 2017 and was hugely impressive in this year’s Autumn series. The winger, who plays for Wasps Women in the Allianz Premier 15’s, has scored a staggering 20 tries in 21 Tests. Unreal numbers!

She’s a very well-rounded player - exceptional in attack and defence, never seems to run out of steam, despite hot stepping most of the opposition. I love watching her as she’s unpredictable. Good at palming off defenders too, a brilliant performance from the youngster all year. Abby Dow - take a bow.

Earlier this year, I interviewed Harlequins Captain Rachael Burford and Ruggette Founder Stef Evans to ask their thoughts on a Women’s British and Irish Lions team. They both believed it had potential, though lots of research would need to be done and financially, would it be feasible?

“I don’t see why not,” Victoria said during our own chat. “I don’t think it has to mirror the men’s, though. That’s the thing everyone is getting caught up on. I think we could take the best pieces from the men’s and learn what hasn’t worked for them. We could create something that does work dependably for women”.

Ending the year with another positive step in the right direction

Finally, it was announced last week that former Rugby World Cup winner Danielle Waterman had launched The Women’s Rugby Association, a new players’ union which will provide support and a collective voice for Premier 15s players.

"Players need to be given the opportunity to have their voice and collective opinions heard."@nolli15 chats to our very own @_ElizabethC99_ about the launch of the Women's Rugby Association #Premier15s ??https://t.co/FaBqug4msE pic.twitter.com/qbXsmpHB6q

The introduction of a players’ union for the top-flight is another step in the right direction for the women’s game in this country. If we look at where women’s rugby was last year compared to now, it’s changed significantly. It is even more enjoyable to watch and I think what’s fantastic is the level of competition within the Premiership. There are players battling for those positions and those shirts in England all the time.

The fact we can all watch the Premiership on BBC iPlayer means more publicity for the women. It truly is wonderful and it just means more people can bang that drum in time for the World Cup next year.