Danielle Waterman Interview: It is important that players are appropriately supported 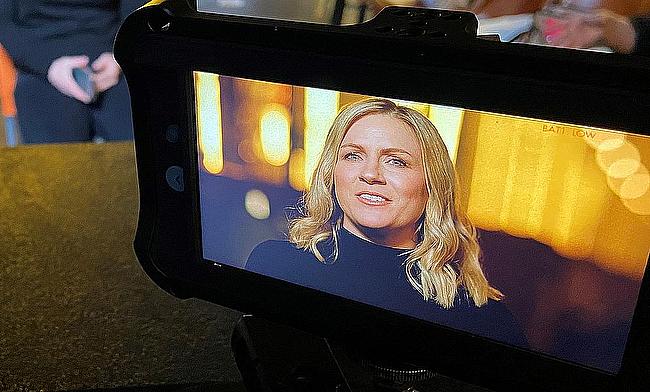 The Women’s Rugby Association, which was launched at the start of the week, is a new players’ union which will provide support and a collective voice for Premier 15s players.

Nolli Waterman, the former England international and World Cup winner, will act as the CEO and will work alongside Emma Lax, Polly Barnes and Holly Hammill, with the support of partners Morgan Sports Law, Riskhub and Cake.

Waterman told TRU: “At a pivotal time in domestic women’s rugby, it is important that players are appropriately supported and protected on and off the field so they can perform at their best in rugby and beyond.

“Players also need to be given the opportunity to have their voice and collective opinions heard to ensure they can help shape the progression and sustainability of the game they are at the heart of.”

The introduction of a players’ union for the Premier 15s is another step in the right direction for the women’s game in this country.

With the success of the Red Roses, the domestic league is continuing to grow with an increase of overseas players also opting to ply their trade in the Premier 15s. Added to this, many players will be balancing day jobs with their rugby commitments and Waterman reiterates why a representative body needs to be in place.

“The idea of the association is first and foremost to embed players into the women’s domestic game,” added Waterman, who was speaking to TRU’s Elizabeth Cartwright.

“It’s not a service that’s been offered before so it’s about educating the players about what it is, why they should become a member, what they get supported with and then it’s also a priority to get the player board in place.

As a past player I know how hard it can be when you don’t feel like you have somewhere to turn for advice and that is what the WRA is for.

Incredibly proud to be part of the @womensra team … thank you to everyone for the support ???? https://t.co/qerLEQ7qmH

“What we want to try and do is educate the clubs around how they can nominate someone who will represent their club on the board so there is a true reflection of their views and opinions. It’s not just about those with a red rose on their shirt, it’s about somebody that wants to be a part of it, somebody who wants to learn about that type of role potentially, but hopefully we get a diverse mix of representation.

“The most beneficial thing in the short term is that as soon as someone signs up, they have access to the free legal advice around answering questions on contracts. Anything from content in the contract, areas to be advised on etc. We’ve already had members sign up and lots of questions have been sent through from players which is what we want.

“We want to be able to have as open dialogue as possible with them, the coaches and the RFU. It’s not just about having the association set up for if there’s a problem. It’s about actually having the conversation and allowing the implementation of a collective player voice”.

The Women’s Rugby Association will serve independently away from the Rugby Players Association and one of its key aims will be to strive for consistent medical and welfare provision across the Premier 15s.

“Their funding structure and model is different to ours. We don’t receive any funding from the RFU or the Premiership clubs so we’re completely independent from that. That’s the model the RPA have taken which has been successful for them. For us though, it was really important to have that level of independence and then it’s up to the players to get the board together on how we shape and mould it moving forward.”

One of Waterman’s and the WRA’s main messages is around “implementing an education programme”, which links into the personal development of players, but at the same time, they are keen for this initiative to be guided by the players themselves.

“So my background is teaching and coaching at academy levels,” Waterman added. “For me, one of the things I’m really excited about is putting in an education programme for everyone in the Premiership.

“Whether that’s the players at the start of their career, middle or towards the end, it’s about giving them the advice, support and education around how they can get the best out of their rugby and the opportunities the game provides them with, but also using it as a springboard to become as successful as possible post-career.

“For me, 12 of my 15 years with England I was an amateur. I chose a career in teaching and coaching because that fitted in well with the training requirements I wanted. Now since I’ve retired, I’ve gone into the media doing totally different things.

“The reason I’m doing what I’m doing now is because of all the opportunities I took as a player. I suppose I’m kind of living proof of how you can maximise opportunities and learn about things you’re passionate about. We’ve got a pretty cool advisory board that will be offering a really eclectic and fantastic range of experience and knowledge to lots of different industries”.

“I worked with her as a teenager so to see that transition in her growth is just amazing.”

Waterman shared her thoughts on their success and gave her opinion on seeing women’s rugby now being shown regularly on the BBC.

“The Red Roses are in an amazing place and I think they have been for years. I was fortunate enough to have a few successful years with the Red Roses. I think what’s fantastic is the level of competition within the Premiership, meaning there are players battling for those positions and those shirts in England.

Congratulations @zoealdcroft_ on an incredible achievement ??

“It’s what you want, players being pushed to their maximum to be able to achieve the best at the top level. I think the fact that Simon has been recognised, five Red Roses were named in the Team of the Year and Zoe Aldcroft was named World Player of the Year is incredible.

“What a year for Zoe. The fact she captained her country and she captains her Premiership side is remarkable. She is a fantastic role model off the field. I’m fortunate to know her personally. I worked with her as a teenager so to see that transition in her growth is just amazing and what’s so exciting is that there’s still more to come from her and the Red Roses. They’re definitely setting a benchmark globally, but what I’m interested in seeing is just how far they can really go.

“Having consistent coverage on BBC Two has been huge too. It’s not just about a one-off. They really bought into the fact there was a four-game series.

“They got in behind it and the coverage was excellent, whether that be in vision or in comms. They did a fantastic job of representing other areas of the game. As much as we can showcase the players on the field, it’s also about opportunities for women within rugby, whether it be presenting, co-hosting, commentating or officiating. We had some wonderful role models throughout all of the international window for the women.”