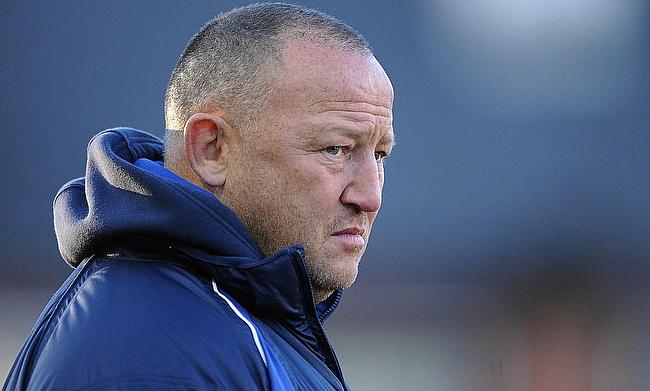 You can only imagine what Carrington has felt like this week.

On Tuesday morning, Steve Diamond’s sudden departure from Sale Sharks sent shockwaves through the Gallagher Premiership as one of the constants of English top-flight rugby left the club he has helped transform.

Having taken on different roles during his tenure with Sale, Diamond seemed to be steering the Sharks towards past glories. The club clinched their first piece of silverware for 14 years following their Premiership Rugby Cup triumph in September, and they may well have finished in the top four of the Premiership if a Covid-19 outbreak hadn't disrupted their bid for the play-offs.

With the backing of owners Ged Mason and Simon Orange, Sale are a team to be fearful of again. A wave of Springboks have arrived in Manchester and the sprinkling of stardust from Faf de Klerk and his fellow South African colleagues, combined with Diamond’s ambition to champion and nurture homegrown talent, has been a recipe which has the Sharks challenging for honours.

But now the club, as well as the supporters, will be hoping what has been built by Diamond won’t dissolve from underneath them with their focal point no longer around.

Plenty of thoughts to be had on this, but first one is that without Steve Diamond there very well may not have been professional rugby in the north west right now. Not only has he pulled the club out of relegation scraps, he also secured it's future with the new owners. AO

Faced with continuing Sale’s progress is Paul Deacon, who has assumed responsibility of head coach whilst the club's owners decide on the next steps to take.

“It has been a shock to everyone,” said Deacon. “I certainly felt numb on Tuesday morning, and I think some of the lads would have felt the same way.

“I found out on Tuesday morning. I came into work as I normally do and Simon just came in. We had a staff meeting planned at 7:45 and he let us know there. I don’t know the ins and outs of it. Steve decided for personal reasons to leave and on that, I just want to say what a fantastic job he has done at this club. He has left a legacy.

“I had a brief chat with him on Tuesday night and said I was gutted he left. It is emotional times for everyone. He has given his life to this club. He will be missed by everyone and his legacy will last a lifetime here at Sale.”

It is not an understatement to suggest Diamond is 'Mr Sale Sharks'. Amongst many things, he was the driving force behind the club’s new training facility at Carrington so it is understandable if supporters are concerned about where his exit leaves their team going forward.

What the Sharks faithful might be able to take solace from though, is the trust which Diamond put in his coaching staff.

For example, Mike Forshaw’s control of Sale’s defence has had an extremely positive impact and having worked under Diamond for five years, Deacon feels like he has developed the tools to keep the Manchester outfit on the right path.

“I have learnt a hell of a lot,” added Deacon. “I was lucky enough that Dimes decided to take a punt on me. I had never worked in the game before. I am a rugby league man and I have been brought up that way, but he showed me the ropes and taught me a lot over the last five years.

“I am a bit more experienced and a lot of that credit has to go to Dimes. He trusted me a lot and I think I have developed massively. What I’d like to say to our fans is that we may have lost our leader, but I think we are in good hands.”

Deacon is aware that he now has the notoriously difficult task of following in the footsteps of a successful and well-respected predecessor as Sale begin their Heineken Champions Cup campaign on Saturday.

The Sharks will travel to three-time European champions Toulon before hosting Edinburgh and Deacon admitted he wouldn’t be changing too much ahead of Sale's tough trip to the Stade Mayol.

“The preparation of the team won’t be difficult at all. Dimes trusted us as coaches to do that job and he didn’t really get involved so much. He just led the group, led the culture and made the tough decisions with the team selection and who we brought into the club, but the actual preparation we do on the training field won’t be much different.

“These things happen for a reason. It is personal to Steve and the owners and it is just life. I feel very fortunate now to be in this position where Simon has said that I can take charge of the team for the foreseeable future and things go on. A week is a long time in sport. It was a funny start to the week, but as sport happens, there is a game at the end of every week and we are just focusing on that at the minute.”