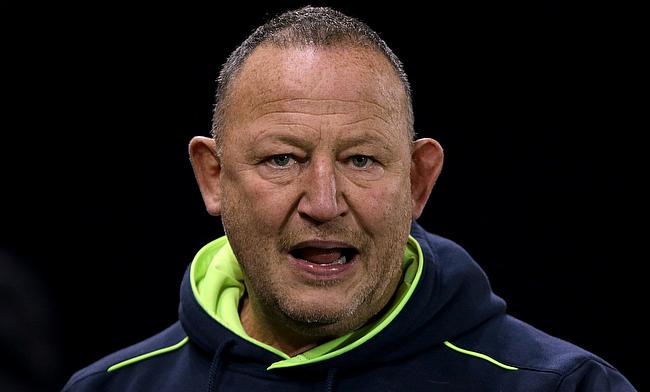 Sale Sharks have registered their second win this season
©PA

Sale Sharks managed to hold off with a 21-13 win over London Irish in the third round of the Gallagher Premiership at Community Stadium on Sunday.

This is Sale's second win from three games as they are positioned fourth in the Gallagher Premiership table while London Irish are at seventh place.

The game was played in front of the crowd in the Community Stadium for the first time but it was Sale Sharks, who opened their account first with a penalty goal from Aj MacGinty in the 10th minute.

The visitors extended their lead in the 23rd minute when Rohan Janse van Rensburg went over the line after a quick tap and penalty from Faf de Klerk and MacGinty improved making it 0-10. Sale Sharks thought they scored their second try but Matt Postlethwaite knocked-on in the build up.

As Paddy Jackson and MacGinty exchanged penalties, the visitors maintained their 10-point lead that was cancelled out by the Exiles before the break. Jackson, who kicked a penalty goal also fed Curtis Rona on his way over the line as the teams finished the opening half with a 13-13 scoreline.

It took Sale Sharks just two minutes to open their account in the second half after Rohan Janse van Rensburg dotted down following a line out but MacGinty missed out on the extras.

Nevertheless, the Sale fly-half kicked his third penalty goal in the 60th minute to extend their lead to eight points which proved enough for the remainder of the game.