Who will be giving England and Ireland sleepless nights 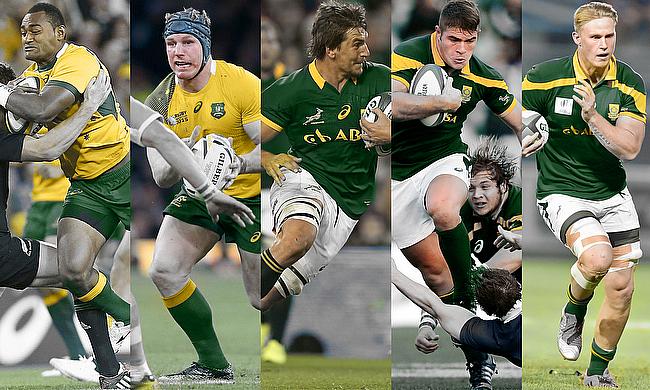 There is never a shortage of southern hemisphere voices condemning northern hemisphere competitions – both domestic and international – and insisting that the likes of New Zealand and Australia have nothing to fear from their northern rivals.

Those voices were louder than ever during this year’s Six Nations, where outstanding expansive performances were few and far between, especially during the first two rounds of the competition.

If we turn the tables and look to what the southern hemisphere has to offer prior to the summer tours – admittedly from the lofty position of being the top three ranked teams in the world – who should the northern hemisphere nations be concerned about?

The New Zealand Super Rugby franchises are currently excelling and despite the loss of a number of veteran stars, the All Blacks look in prime position to kick on from winning the Rugby World Cup last year. There are no shortage of Kiwis ripping up Super Rugby and there may be nothing more to do than simply wish Wales the best. Hope, rather than expectation, may be the theme of Wales’ trip south this summer.

The stories are a little less cut and dry with Australia and South Africa, however.

The Brumbies have been impressing in the Australian conference, despite looking short of the leading New Zealand franchises, and both the Rebels and Waratahs have had their moments.

Loosehead Scott Sio has stood out for the Brumbies and will reignite his duel with Dan Cole from the RWC, whilst Tevita Kuridrani has proved extremely difficult to contain in their 13 jersey. Both players are likely to be big parts of Michael Cheika’s plans over the coming months.

Rebels openside Sean McMahon is another of the Super Rugby standouts, leading to suggestions Cheika will opt for three opensides – McMahon, David Pocock and Michael Hooper – in his back row. If Cheika does choose to go down this route, it will certainly require some creative thinking from Eddie Jones to counter it.

There have been few performances of note from the Reds or the Western Force, but the Waratahs’ David Horwitz and Jed Holloway have made good impressions, albeit ones which probably don’t warrant Wallabies caps just yet.

Over in South Africa, the Stormers and Lions have shown plenty of promise, but with a new coach coming in, it’s difficult to predict how the Springboks will line up in the summer.

The Stormers’ engine room of Eben Etzebeth and Pieter-Steph du Toit has distinguished itself excellently thus far, as has Lions hooker Malcolm Marx. All three could feature prominently in the Springboks’ tight five.

Other Lions excelling are centre Lionel Mapoe, who could potentially fill the troublesome Springbok 13 jersey, and back row Warren Whiteley. The Lions have struggled to break into the South African national team in recent years and it will be interesting to see if that continues with the new head coach and plans to involve all the South African Super Rugby head coaches in Springbok selection decisions.

The Cheetahs and Kings have been the South African versions of the Force and Reds, whilst the form of the Bulls and Sharks has fluctuated. The du Preez twins, Jean-Luc and Dan, have put their hands up in Durban, whilst RG Snyman and Rudy Paige have impressed in Pretoria.

As unimpressed as the southern hemisphere may be with their northern counterparts, it’s fair to say that neither the Australian nor the South African franchises have played to the level of the leading New Zealand sides so far this season and there are reasons for both the England and Ireland teams to be optimistic this summer.

The Rugby World Cup showed a clear divide between the leading nations of the two hemispheres, but it’s a divide which many had been suggesting was beginning to close prior to 2015. These two tours offer two of the Six Nations’ leading participants the opportunity to reignite that belief that the divide shown at the RWC was an anomaly, and that they are truly catching the big three of the southern hemisphere.