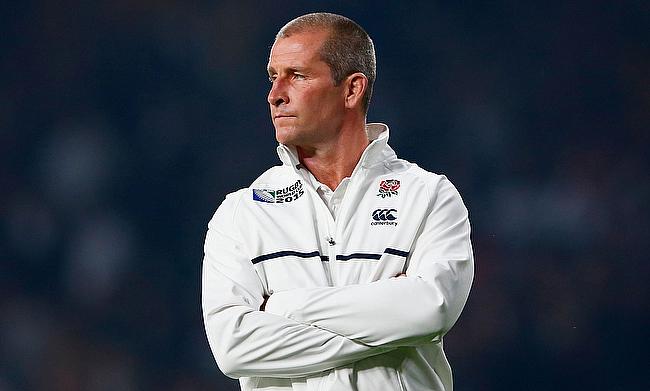 Stuart Lancaster still thinks of England's World Cup failure "every minute of every day" and admits he would love for his next coaching job to be in the southern hemisphere.

England's former head coach resigned in November after the host team's failure to go beyond the group stage in the World Cup, with Twickenham defeats to Wales and Australia inflicting the damage.

Lancaster spent four years at the helm, initially on an interim basis, and has been out of the game at the top level for five months, helping out with coaching sides close to his Leeds home to stay involved.

He recounted the experience, after England's World Cup campaign ran its short course, of climbing Cumbrian hills and even then being unable to escape the focus after being spotted by a fellow walker.

Lancaster is ready again to take on a top job if an opportunity comes his way, because he knows he must move on from the chastening World Cup experience.

"You think about it every minute of most days, or every day really. A lot of things have happened since then but equally it's still very fresh in my mind," Lancaster told BBC 5 Live's Sportsweek programme.

"It's been a tough six months."

"I'm delighted for the players, the management and the coaches that we got the grand slam because the upset of the World Cup was fresh in everyone's mind," Lancaster said.

He added: "You'd want to still be doing the job ultimately but I do feel hopefully it's been passed on in a good shape and with good, talented players coming through and Eddie has done a brilliant job in moulding them and getting the best out of them in the Six Nations."

Lancaster is trying to look forward rather than dwell on past frustrations.

"But we'll see - the Premiership, player development, wherever. I'm open-minded at the moment.

"You need a new project to get your teeth stuck into because if not you're always dwelling on the old one.

"I don't feel so burnt by the whole experience that I never want to coach again.

"I'm 46, I've hopefully got a long career in front of me. Hopefully something will come around the corner soon."

It was after England's victory over Uruguay in Manchester, in their final pool match, that Lancaster took to the hills close to his childhood home.

He said: "The first thing I did after the Uruguay game was come back to Leeds but then very quickly get back to Cumbria to see my mum and dad because they're the ones who feel the pain more so than anyone.

"Probably only Mum can describe the pain that she feels when someone's criticising her son. It reassured them when they saw me that I was still the same person and I was fine in myself - as far as you can be fine in yourself at that point.

"And they took their caravan to Lorton and I sat in a caravan in Lorton and walked up fells in the Lake District.

"You're physically getting away but you're not really going anywhere. I walked up St Bees Head where I went to school and right at the top I bumped into this bloke and he said, 'You're Stuart Lancaster, aren't you?'."

Lancaster's decision to fast-track rugby league convert Sam Burgess came in for criticism, especially after the hosts' premature World Cup exit. Burgess, made a scapegoat in some quarters, has since left Bath and gone back to league with the South Sydney Rabbitohs.

" I don't think there was any winner in the end," said Lancaster of Burgess' selection.

"If I'd known he was going to go back to rugby league then my decisions would have been different. B ut we didn't know that at the time.

"He was a great and positive influence in the group. H e worked hard and earned the right in our minds to be in the World Cup squad.

"It's a shame the whole thing played out the way it did."

Lancaster began 2016 by visiting clubs and coaches in Wellington, Brisbane, Sydney, Melbourne, Perth, Johannesburg and Cape Town, with one eye on his future. He has teenage children in school, however, which could influence where he works next.

"The plan always was to create the team and allow it to develop experience along the way," he said.