What can we read into All Blacks' selection? 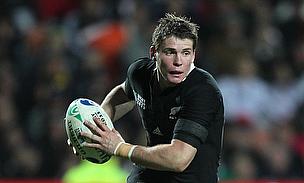 Who Is Better, Julian Savea Or Jonah Lomu?
Nonu ruled out for the rest of the year
AB's team to play Argentina features BB
Should All Black Trials Return - Check Out These Teams!

The mighty All Blacks play Australia this weekend in what many class as a dead rubber but is that really the case?

A loss would put them on a two game losing streak heading to the Rugby World Cup. A win and the cynics will claim the All Blacks didn't give potential players their opportunity.

Then the All Blacks squad is due to be named for the 2014 Northern Hemisphere Autumn Tour. This tour includes a game in the USA en route to Europe. Who would you pick in the All Blacks 32 man squad?

There are already some exclusions with injuries ruling out Tawera Kerr-Barlow, Tony Woodcock and Ma'a Nonu, while Luke Romano and Dan Carter are in a race against time to be fit for the tour.

Sonny Bill Williams is a definite inclusion in this squad, but spaces in the All Blacks backline are limited. The All Blacks selectors may even do what they did with Japan recently and select some young players for the test match against USA only, although I would rather see the young blood given some time against more established opponents.

Israel Dagg, Ben Smith and Charles Piutau have the fullback position sewn up with Beauden Barrett likely cover from the bench if needed. Both Smith and Piutau are also great wing options.

With Julian Savea an obvious choice on the left wing, there may not be space for either Cory Jane or Frank Halai as cover or they might take Jane at the expense of a midfield player (Crotty).

The midfield glut of players is helped by the injury to Nonu, leaving Conrad Smith as the experienced head to guide Sonny Bill Williams and Malakai Fekitoa. Francis Saili seems to have dropped down the pecking order, while Tom Taylor is probably one injury away from providing cover in most backline positions.

Dan Carter should be back in black, but with this uncertain, Aaron Cruden and Beauden Barrett should retain their spots. Colin Slade is a borderline selection with three first five eighths potentially enough.

Selectors will avoid blooding young players like Ihaia West, Lima Sopoaga and Marty Banks until after the Rugby World Cup, unless there is an injury crisis as Tom Taylor would be the fifth cab off the rank.
The forwards pick themselves with Kieran Read, Richie McCaw, Jerome Kaino, Liam Messam and Sam Cane obvious selections.  Depending on the desired make-up of the squad, Victor Vito, Matt Todd and Steven Luatua are other options.

With Richie McCaw the captain, it is likely that Matt Todd will be the unlucky player. Luatua and Vito can play in at least two positions each, with Luatua a likely lock replacement.

The locking combination of Sam Whitelock and Brodie Retallick are certainties, while injury will determine if Luke Romano makes a return in time. Jeremy Thrush has performed admirably and deserves inclusion.

If Romano isn’t ready in time, then a youngster like Patrick Tuipulotu or Dominic Bird must be selected.

With Tony Woodcock out injured, there is now the opportunity to blood Joe Moody in the All Blacks as a long-term option. Other props who warrant selection are Wyatt Crockett, Charlie Faumuina and the Franks brothers.

It is difficult to know if the All Blacks selectors will take this opportunity to blood a young prop.  It will depend if they want the luxury of six props.

There are two definite hookers with Dane Coles and Keven Mealamu the obvious choices. The selectors seem to rate Nathan Harris above some of the other young guns like Rhys Marshall, Liam Coltman, James Parsons, Cody Rei and Quentin MacDonald.

I think Victor Vito, Ryan Crotty, Matt Todd and Colin Slade would be on standby, but there really is no way of fitting them in. It is an embarrassment of riches! The way around it would be to include some young guys like Patrick Tuipulotu and Augustine Pulu in the game against USA only.

Piutau can cover wing and fullback, meaning that there is the option of leaving out Jane, but I think they may want to take Jane. The other option is leaving a midfield player behind like Crotty.

This would mean that Malakai Fekitoa and Sonny Bill Williams would play inside Conrad Smith, with Ben Smith and Dan Carter to provide cover.

So back to this weekend's selection and the thoughts of Scott Donaldson.

The All Blacks selectors have made five changes to their team to play the Wallabies in Brisbane on Saturday.

The biggest talking point is that first five eighth Aaron Cruden who is over his two match team imposed suspension still misses out. Ben Smith is being rested from this dead rubber game with the All Blacks unable to lose the Bledisloe Cup, but with the All Blacks trying to avoid losing two matches in a row for the first time in years, they have mainly included some new faces on the bench rather than in the starting lineup.

Both Beauden Barrett and Malakai Fekitoa were found out in defence against the Springboks and get a chance to make amends, while Cruden misses out to the more versatile Colin Slade on the bench.

Surely Cruden is too good to miss out on the All Blacks November Internationals squad, with only enough space for three first five eighths likely to leave either Cruden or Slade out in the cold behind Beauden Barrett and the returning Dan Carter.

I wonder if Joe Moody is injured, as he would be a good selection for this game. I also think that Charles Piutau should have started ahead of Cory Jane.

We need to look to the future and Piutau has more future than Jane. I am happy to be proved wrong with this view.

I think Cruden is still a quality player and although he has been punished enough for his misdemeanour, Slade is probably a better option of the bench with his versatility and including Cruden may just complicate things.

Cruden will probably be back soon enough and should make the All Blacks November Internationals squad, especially with Dan Carter's injury problems.

The Wallabies are under siege and will be fired up for this match, so hopefully the All Blacks should still win despite the lack of experience on the bench.

I am worried about the lack of midfield cover on the bench with Charles Piutau probably likely to cover the midfield despite very little experience there, unless Slade or Barrett can push out to second five eighth.

Do you think this is the end for Aaron Cruden's All Black aspirations?