Who Is Better, Julian Savea Or Jonah Lomu? 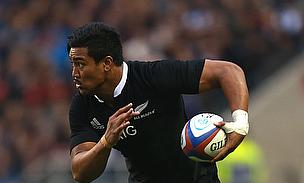 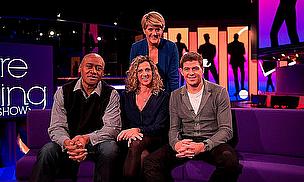 But how would Jonah Lomu (left) have fared in today's game?
©BT Sport

To complement our new Stock Watch and Position Watch features of we asked our reporter in New Zealand to take a look at the merits of Savea and Lomu.

All Blacks coach Steve Hansen opened up a can of worms by suggesting that current All Blacks left winger, Julian Savea is "probably" better than All Blacks legend Jonah Lomu. This has created a social media storm, but here's my view.

The comparisons between these two great All Blacks left wingers came about after Julian Savea ran over one of the poor Argentinians last weekend in a remake of the Mike Catt incident from the Rugby World Cup 1995.

I get the feeling that while these two All Blacks were in the professional era, the opposition that the All Blacks faced are now heaps bigger, stronger and faster than they were in 1995 when Lomu-mania struck. It would be interesting to see Lomu playing in his prime in the modern day game.

Jonah Lomu was massive in the mid 1990s and at the time, he was a phenomenon. He was literally head and shoulders better than anyone in his position as far as a powerful winger went, but always felt that Jeff Wilson on the other wing was a better all-round winger as he also had a kicking game and wasn't found out on defence or retreating if the ball was kicked behind him like Lomu was.

Lomu was absolutely devastating on attack and would run over or through opponents. One can only imagine how good he would have been if didn't have kidney issues.

Lomu potentially struggled to read the game as well as Savea and didn't really have a kicking game, but his bad points were outweighed by his potency on attack. NZ Herald rugby writer picked Jonah Lomu as the best of all time. As far as his impact on the game, Lomu was huge. He even had a video game made in his honour.

Julian Savea is Lomuesque but not as big and while he is impressive, he doesn't seem like a man playing against boys like Lomu did, even at international level. He did struggle early in his career with the high ball, but he seems to have improved in that area now.

Savea does however seem to have the ability to read the game well and that was evident against South Africa in 2013 when doing a nice angled run infield and pass to his left to Kieran Read. He has some silky skills too and is on track to be the All Blacks highest test try scorer of all time.

In summary, if these two players went head to head in their prime, I would suggest that Savea is a more well-rounded player, but the game has evolved since when Lomu was playing.

Lomu stood out more when he was playing than Savea does now. Lomu would win the power game, but Savea has more strings to his bow. Lomu was far more famous when he was playing for his freakish talent, but most players from 1995 would struggle to play these days with the speed, size and strength of players so much better now.

Savea is probably a better player in terms of all round ability, but Lomu made more of an impact on the game at the time.

We will never know who the better player was, but they both standout as amazing All Blacks. The great thing for All Blacks fans is that Savea is still only 24 and could be destined for great things.

Maybe we should ask this question once he has finished playing!