Nonu ruled out for the rest of the year 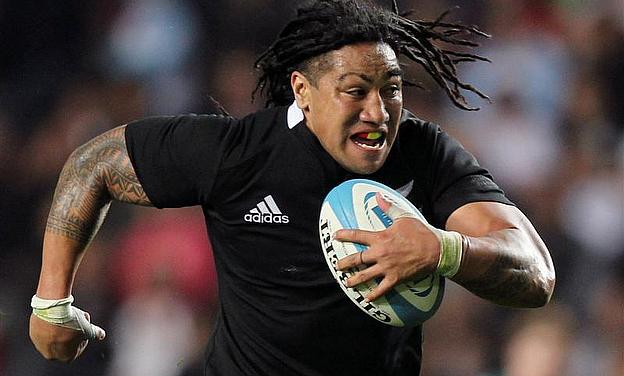 AB's team to play Argentina features BB
Should All Black Trials Return - Check Out These Teams!
The Gap between New Zealand and the Rest of the World Closes...
Dan Carter out injured - feels like Jonny all over again

New Zealand inside centre Ma'a Nonu has been ruled out of rugby for the rest of the year after having surgery on his broken forearm.

The 32-year-old suffered the injury during the first half of the All Blacks' hard-fought 14-10 Rugby Championship victory over South Africa in Wellington on Saturday.

He was sent to hospital immediately after the match and had a metal plate inserted during an operation on Sunday morning.

"It's disappointing for him and for us," All Blacks coach Steve Hansen said. "But it creates an opportunity for someone like Ryan Crotty once he is all cleared (from a fractured jaw) to play, and for Malakai (Fekitoa) for that matter.

"It's disappointing but there's not much we can do about it."

Crotty started at inside centre in the Auckland Bledisloe Cup Test when Nonu was out with a bruised shoulder. He suffered his fractured jaw in that 51-20 win against Australia but is expected to return when the squad reassembles next weekend for their final two matches of the Rugby Championship against Argentina in La Plata and South Africa in Johannesburg.

Fekitoa slotted in when Crotty was forced off at Eden Park but his other starts this year were at centre when Conrad Smith was ruled out for two Tests with a broken thumb.

Sonny Bill Williams will also come into the reckoning for the number 12 jersey on the All Blacks' end-of-year tour once his NRL commitments with the Sydney Roosters are over.

Smith revealed Nonu had told him immediately he hurt himself that he thought he had broken his forearm.

"I probably was aware of our shortage on the bench and said, 'you'll be right', and hoped he'd carry on," Smith said.

"But it was pretty obvious from then on. He played for a fair bit after that. But you can just tell with someone you've played with a lot when they are not quite right.

"I wasn't surprised at half-time when the docs were able to have a look at it and took him off."

Smith added: "I'm gutted for him. I knew it was pretty bad when it happened. To hear the news afterwards, I felt for him."

In better news for Hansen, Liam Messam (thigh), Jerome Kaino (elbow) and Sam Whitelock (ribs) have all been passed fit and will be part of the 30-man squad that travels to Argentina and South Africa.

But fly-half Dan Carter will play ITM Cup for Canterbury rather than the final two rounds of the Rugby Championship with the aim of being available for the final Bledisloe Cup clash of the year in Brisbane on October 18.