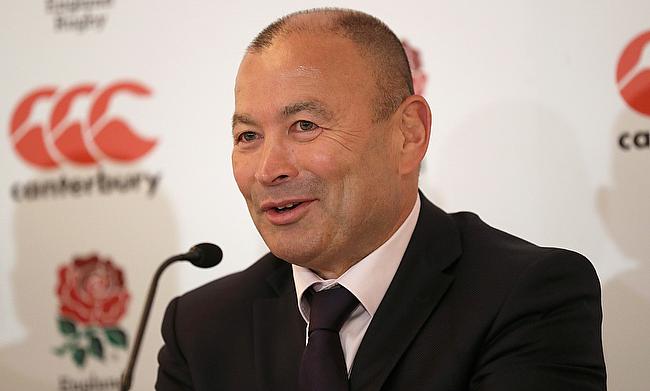 Eddie Jones has insisted England to be the hungriest team in the tournament to win their third successive Six Nations title.

The England coach has also claimed that England can beat the 'European darlings' Scotland.

"We've got to be the hungriest team in the tournament to win and that's what we're aiming to be," said Jones at the Six Nations launch in central London.

"That's why we don't mind these other teams being spoken of as the darlings of European rugby - it gives us something to chase.

"We can't tell whether we're darlings or not. All I can remember is last year we won every game apart from one and our rugby was rubbish!"

Jones asserted that it's nice to be underdogs as it gives England something to chase.

"If you go in as favourites it comes with massive expectations. Fans, supporters, media, sponsors...." Jones said.

"It's how you react to that expectation, but they've got a great coach and they've got good leadership in the team so I'm sure they'll be able to handle it. But there's always that question there.

"I'm sure all Ireland are worried about is the tricky game they've got first up against France. That's a tricky game.

"I wouldn't like to be playing France first with Jacques Brunel in charge of them. You don't know what they're going to produce."

When it was pointed out to Jones that his Wales counterpart, Warren Gatland, had declared Scotland as genuine title challengers this year, he added: "Scotland....again they're big darlings aren't they?! How excited do people get when the ball goes from side to side with Scotland!

"Murrayfield grows an extra 10,000 people but again, to play under the pressure of expectation is going to be a different question put to the team.

"They've got a great young coach in Gregor Townsend. He's a bright guy. Makes me feel like it should be time to retire! And he's got them playing well.

"But it's different when you go in as underdogs from when you go and you're expected to win and play with that panache."

In between of all the injury woes within the England camp, Jones has confirmed that Worcester's Lions centre, Ben Te'o is 'absolutely flying' in training and is in contention to play in Rome, regardless of being out of action since late October.