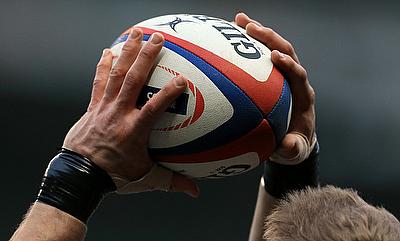 Ospreys will be keen to put their defeat to Leinster behind.
©PA

Despite the failed attempt to claw their way back into the game against Leinster during their 31-19 defeat, Ospreys coach Steve Tandy has expressed confidence in his team to take a positive approach during their next weekend clash against Ulster.

Tandy's men failed to open their account until the 52nd minute, while the hosts took a decisive lead of 31 points which almost sealed the fate of the game.

The visitors with a late surge made a stunning recovery with three tries, however, fell short of the challenge by 12 points.

Tandy lamented the indiscipline and lost opportunities by his side in the first half which proved too costly in the end.

“It was bitterly disappointing” he said.

“The first half performance wasn’t what we want to be. There was indiscipline, we didn’t look after the ball and that meant we were inviting Leinster on to us. We couldn’t get any respite and the pressure told. We gave ourselves too much to claw back.

“I know that people will ask about complacency but that wasn’t a factor. We knew that we weren’t world-beaters after three games. If anyone did think that, then they’ve had the answer. You can’t come to the RDS and give away possession, cheap turnovers and penalties, and expect to get anything. Leinster are a decent team, they grind you down if you let them and it takes its toll. We didn’t deal with the game as it was playing out, we didn’t understand where we were at times and the outcome was pretty clear.”

Regardless of not managing to convert the limited opportunities coming their way in the first-half, Tandy's half-time message instilled some self belief into his men to keep looking for tries in the second-half.

“I wouldn’t say half-time was about shutting up shop. We wanted to be positive, we wanted to play and we believed that there were tries in it for us, which was how it turned out.

“Accepting that they had taken the game away from us, we believed there were points out there. Given the limited possession we had in the first half we still had one or two good opportunities that we didn’t take.

“Ultimately, we are bitterly disappointed. We felt that we were coming here to perform but, in that first half, we didn’t. It was more or less dead by half time, then they scored straight after half time. If you look back at Connacht two weeks ago, we were in control right from the start, we kept the ball for long passages, we were disciplined in what we were doing and we were worthy winners. The exact opposite of how we started the game tonight.

“You know that you will always have a tough game when you come to the RDS, we’ve come here and played well but left with nothing. Tonight wasn’t one of those occasions, we were pretty big in our own downfall.”

Ospreys will be now heading down to Ireland to face Ulster the coming weekend. Tandy believes his side will approach the challenge positively, however, he has also called for a much improved performance the moment the clock starts ticking at the Kingspan Stadium.

“It wasn’t about a lack of effort. That was there but some of the detail was out, some of the discipline, and we made it difficult for ourselves. It doesn’t get any easier with Ulster away next week.

“We knew it was a strange start to the season with two home games and three away trips to Ireland. We’ve one won of the two Irish trips to go with the home games so we can’t be downhearted, it’s still a solid start to the season but as we’ve said all along, that’s all it’s been, a start. We’ll be positive going to Ulster but well aware that we need to be much better right from the first whistle.”