We want to make our own legacy - Sleightholme 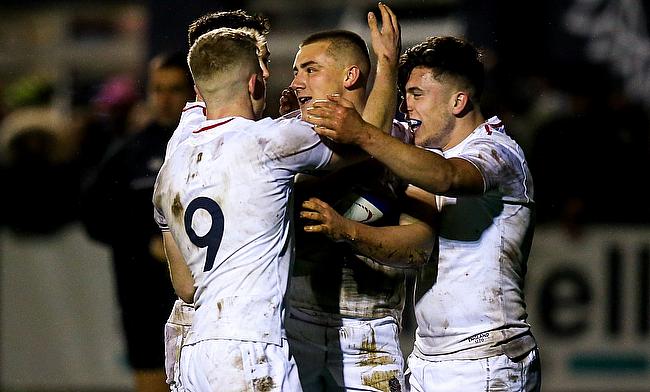 Just meters from the banks of the River Thames, Ollie Sleightholme sat, the sun causing the 19-year-old to squint ever so slightly. One year after finishing his studies at the Northampton School for Boys, Sleightholme has followed in the footsteps of his father, Jon, in wearing a Green, Black and Gold jersey.

“He didn’t put too much pressure on me from a young age, but once I said to him that I wanted to play, he was very supportive and very, very helpful,” Sleightholme started. “I didn’t play too much rugby, I did do as many sports as I could and I think that was helped by Dad, but once I got into rugby those started to die off as I kept going.”

Benefitting from the recent arrival of new Director of Rugby, Chris Boyd, Sleightholme along with several other of his Saints teammates have enjoyed playing first team rugby this season; “Obviously if you’re on form and playing well, then you’ll play,” Sleightholme said

“There’s always the downside that if you drop off a little bit, then you’re not going to play, but that’s what comes with rugby. That’s the philosophy that Boydy brings to the club. If you’re young, but good enough, it doesn’t matter.

“It’s just testament to all the boys that have played. Boydy, Sam Vesty and Dicko (Alan Dickens) have brought this new era to the club and the future is looking bright for us.”

Get to know England's youngsters ahead of next month's #WorldRugbyU20s Championship in Argentina.

Along with the young wing, fans have also got to see the likes of Rory Hutchinson and Lewis Ludlam thrive under new leadership at Franklin’s Gardens, contributing to a much better 2018/19 campaign, where the side finished fourth and fell 42-12 last weekend in their semi-final against Exeter Chiefs.

Sleightholme’s performances for Northampton were eye-catching to say the least. Scoring his first Premiership try seconds after taking to the field against Wasps, he has since scored six more tries for his club and he earnt a call-up to England U20s Six Nations squad.

Not phased by the step-up to age grade international rugby, Sleightholme scored his first try for Steve Bates’ side in an impressive 31-19 win at Sandy Park, beating Junior World Cup champions France in what was a hard fought test.

That win came just one week after losing heavily (35-27) to eventual Grand Slam winners Ireland in Cork. The Irish will be England’s first opponent in Argentina next week for the World Rugby U20 Championship that kicks off on the 4th of June.

"No matter how old you are, if you're playing well you'll get an opportunity."

Watch Ollie Sleightholme and co in the U20 Six Nations Championship. Tickets via https://t.co/deLqfzOzRX pic.twitter.com/ChWZSJFwqW

After the uninspiring loss to Ireland, Sleightholme is keen to exact revenge onto his northern hemisphere counterparts: “We won’t look past that first game against Ireland. We’ve got to right some wrongs from the Six Nations, but we’re here to make our own legacy and memories at the World Cup.”

Sleightholme is also fully aware of the pathway that the U20s offers. Forty-four players who have represented England at that level have gone on to become fully fledged internationals, with the English having reached the final in nine of the last 11 years and they have also been in six finals in row.

“It’s a really good vibe around camp. Everyone is really happy, everyone knows everything now, we’re all sorted and we just can’t wait to get out there,” Sleightholme said. “I know there have been a few years before us that have made a tradition, but we are a different group of lads that will make our own legacy.”