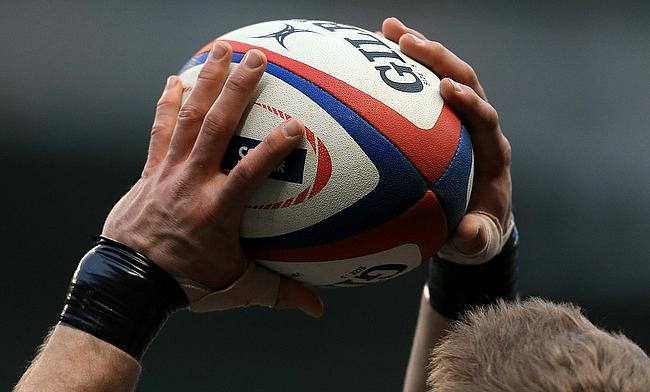 England U20 scored five tries as they went on to beat Junior Springboks at Butts Park Arena in Coventry on Friday.

This will also be the final game for the England U20 side as they assemble for the World Rugby Under 20 Championship scheduled to be played in Argentina between 4th and 22nd June.

England led 14-8 at the break via tries from Josh Hodge and Olly Adkins, as well as two conversions, with South Africa crossing the line through Asenathi Ntlabakanye with Jaden Hendrikse adding a penalty.

Connor Doherty crossed for a third England score with late tries from Joel Kpoku and debutant Izaiha Moore-Aiono sealing victory with Hodge converting all of his kicks.

The first score of the match came via Hodge, going over on the left wing after being released by Tom Willis following a fine break from debutant Jake Morris.

Ntlabakanye bundled over from close range for the visitors midway through the half reducing the deficit to just two points.

Hendrikse gave his side the lead with a penalty on the half hour mark but South Africa lost Marnus Potgieter to the sin bin for a deliberate knock-on just outside his own 5m line.

From the resulting scrum, Adkins went over for a second England try and Hodge's penalty gave them a 14-8 lead at the break.

England lost Jon Kpoku to the sin bin for a deliberate knock-on just before the hour but they held out and, after being restored to the full compliment, crossed for a third try through Doherty, which Hodge converted.

Joel Kpoku added gloss to the scoreline with a late try for England before replacement Izaiha Moore-Aiono skipped over in the final play of the game.

England U20 head coach Steve Bates was delighted with the composure shown by the side as they prepare for the U20 Championship in June.

"I was really pleased with some areas of our game, we scrummaged well and we took our opportunities.

"There wasn’t quite as much continuity as we would like, we’ve been working on that all week but we created three or four other scoring opportunities tonight that we didn’t take and that would have given the score a completely different complexion.

"Overall though, it’s progress from the Six Nations and a step in the right direction".