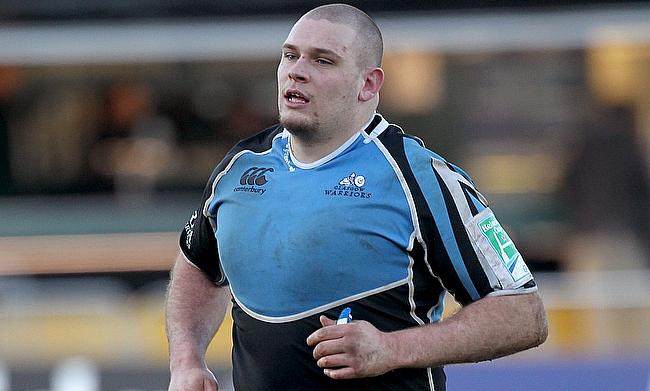 Wasps have announced the signing of Scotland prop Gordon Reid on a short-term contract.

The 34-year-old will join from Scottish Premiership side Marr after joining them in 2021. He has also represented Glasgow Warriors, London Irish and Northampton Saints in the past and featured in 41 Tests for Scotland since his international debut in 2014 with his last appearance for the Dark Blues coming in the 2019 World Cup in Japan.

“I am delighted to get the opportunity to come back and play in the Gallagher Premiership," he told the club's official website.

“I have thoroughly enjoyed my time in Marr, but this was an opportunity that I couldn’t turn down.

“Wasps are a great Club with a lot of heritage, and it is fantastic to be part of a Club like that.”

Reid's signing comes after Ben Harris and Tom West are sidelined with injuries while Robin Hislop has been called up to the Scotland squad.

Wasps head coach Lee Blackett welcomed Reid to the squad as they look to improve from their 10th position in the Gallagher Premiership table after managing three wins from seven games.

“We are very happy to bring in someone of Gordon’s experience as short-term cover for us. Gordon will be vital for us, while we are without Ben and Westy and while Bomber could be away with Scotland.

“Gordon has played a lot of games at the highest level and as an experienced prop, he will bring a lot to our scrum. We have thoroughly enjoyed having him as part of the group, in the short time he has been with us, and we can’t wait to continue working with him.”