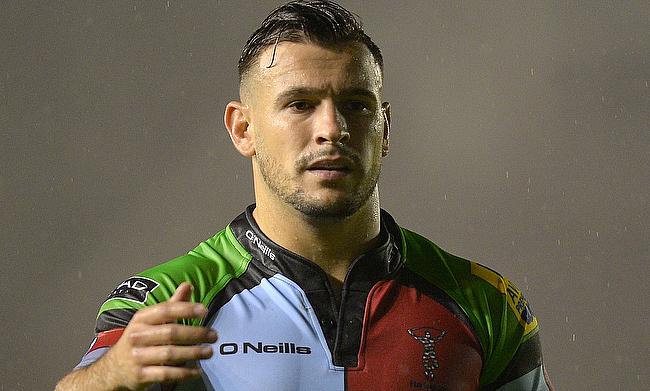 Danny Care was part of the winning Harlequins side
©PA

Harlequins made an incredible second half comeback as they went on to beat Wasps 26-16 in the latest round of the Gallagher Premiership at Coventry Building Society Arena on Sunday.

The Quins were without England stars Alex Dombrandt, Joe Marler, Joe Marchant and Marcus Smith and were trailing at the end of the opening half with a 0-16 margin.

Wasps started the proceedings with an early fifth minute penalty goal and four minutes later they were forced to deal with the injury of Ali Crossdale, who was replaced by Marcus Watson.

The home side stretched their lead in the 10th minute when Umaga sent a loose pass that found Josh Bassett, who sent hooker Gabriel Oghre over the line. Umaga kicked a conversion and followed with a penalty goal in the 26th minute as they scored 13 unanswered points.

With Umaga landing his third penalty, the scoreline became 16-0 but the hosts had a try ruled out from Josh Bassett by referee Wayne Barnes after Michael Le Bourgeois was pinged for a forward pass.

The defending champions showed resilience immediately after the break when Danny Care sent a perfectly timed offload for Tyrone Green to dot down but the conversion from Andre Esterhuizen drifted wide.

The start of the final quarter saw Harlequins score their second try as a break from Esterhuizen sent Northmore over and with the conversion kicked to perfection the scoreline became 16-12.

With 11 minutes left in the game, Scott Steele dived from close range to take the visitors into a lead of 16-19 but they had a Green try ruled out due to a forward pass. Nevertheless, the bonus point came in the final minute with Northmore's second as Quins completed a 10 point victory.