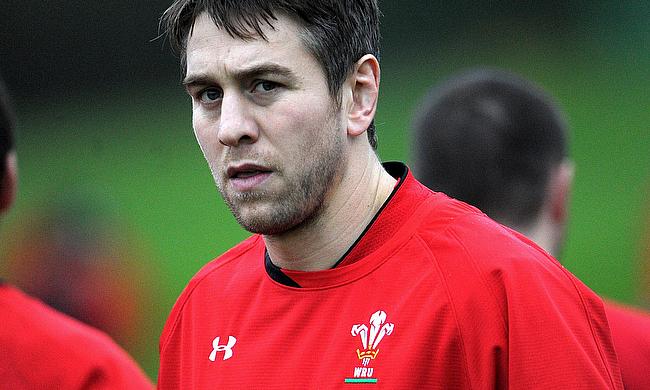 Bristol back-row forward Jones, 34, said in a statement that after suffering a shoulder injury three months ago and then undergoing surgery, it became clear that he could not continue playing.

Jones won 75 caps for Wales, featuring in three Six Nations Grand Slam-winning teams, while he also played in all three Tests for the 2005 British and Irish Lions against New Zealand.

As well as enjoying a successful international career, Jones proved a mainstay of the Ospreys team for several seasons before making a move to Championship club Bristol.

"The old cliche of making the decision with a heavy heart is true on this occasion," he said.

"The last few weeks have been emotionally tough for me. I've had to recognise, and come to terms with, the fact that while the mind is still very willing, the body is no longer able to do what I want it to on a rugby pitch.

"After sustaining a shoulder injury in May and subsequently undergoing surgery to repair the damage, it became clear that I could no longer carry on, leaving me with little option other than to call time on what has been an incredible personal journey.

"Rugby has been a huge part of my life for the last decade and a half - not just as my job, but as a passionate hobby also. There is no doubt that no longer working all week towards a big match at the weekend will leave a huge gap in my life that a few rounds of golf won't fill!

"Looking back on my career, I can say that I have enjoyed some fantastic highs and, although there were some well-documented lows along the way, the overriding feeling is one of immense pride and satisfaction.

"If someone had told me 20 years ago that I was going to achieve and experience a fraction of what I have, then I would have been over the moon."

Jones added that rugby would "continue to be a big part of my life".

"A lot of what I've actually achieved in my career hasn't just been my dream," he said. "It has been my mates' dream, my family's dream, it's everyone's dream, and so sharing it with them has been special.

"My one regret is that my youngest daughter will never get to see me play rugby, will never get to walk out on to the pitch in front of a big crowd with me. However, rugby has provided me with many tales I can bore her, and her brother and sister, to tears with for many, many years to come!

"One thing that every sportsman has to face up to is retirement - it's the only inevitable thing about a sporting career. Over the last 18 months, I've been preparing for that transition, upskilling myself ready to face the next challenge in the commercial world.

"For now, I look forward to enjoying the Rugby World Cup as a Welsh supporter, knowing from my own personal experiences in 2011 that it is the biggest spectacle in the sport."