Waratahs too good for Brumbies 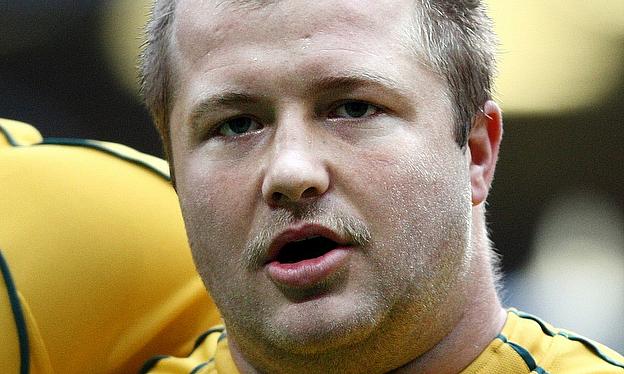 The Waratahs brushed aside the Brumbies with a bonus point win as Alofa Alofa crossed twice in a 39-8 victory in Sydney.

The Tahs scored five tries through Alofa, Benn Robinson, Bernard Foley and Wycliff Palu, while Jesse Mogg scored the only touchdown for the Brumbies.

The result means that the Waratahs moved to the top of the Super Rugby standings and will definitely feature in the play-offs.

Christian Lealiifano put an early penalty attempt wide after the Tahs were caught offside, but the home side then started to dominate territory and turned down two chances to kick for the posts, instead choosing to go for the lineout.

The tactic paid off at the second time of asking in the 14th minute as Robinson crashed over for the opening score, which Foley converted.

Two minutes later the Waratahs moved further ahead when Alofa grabbed an intercepted pass and raced down the field to touch down, Foley again adding the extras.

The Brumbies hit back just before the half-hour mark when they won two lineouts in a row and move to just eight metres out from the line after six phases. A clever crossfield kick saw full-back Mogg get the better of Israel Folau to score.

Lealiifano missed the conversion, and with Foley also missing another penalty attempt before the half-time hooter, the Tahs left the field 14-5 up at the break.

Foley and Lealiifano traded successful penalties at the start of the second period and Folau had a try chalked off, but Foley slipped through the Brumbies defence on the hour mark before slotting the conversion to edge his side further ahead.

Alofa claimed the bonus point with the fourth Tahs try of the night when he touched down in the corner, with Foley's successful kick followed up by a long-range Kurtley Beale penalty.

With a minute remaining, Michael Hooper was caught in a break but kept the ball alive, and it was worked out to Palu on the wing, who crashed over for a final flourish for the Waratahs.

Beale missed the conversion but it did not take the gloss off a resounding victory.