Waratahs Hold On Against Chiefs For Second Win in Six Days 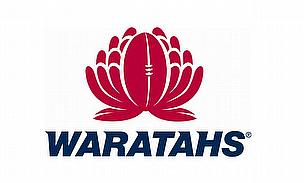 Another week, another tough win for the Waratahs but after the nightmare against the Cheetahs 2 weeks ago, back to back victories achieved in Canberra and at home to a dangerous Chiefs outfit after a 6 day turnaround will do very nicely, thankyou.

Having only claimed the spoils in the last minute against the Brumbies the previous Saturday, the Tahs came out firing on Friday night, keen to build an early lead and utilise the pace and skills of Kurtley Beale at fly-half. With Berrick Barnes ruled out as he recovers from a second concussion in a month, it was to Beale and not Daniel Halangahu that the coaching team turned to in order to inject some much needed speed of thought and decision making back into their play.

Lachie Turner moved from the wing to replace Beale at full-back while Kiwi winger Atieli Pakalani made his second start in the Cambridge Blue in jersey no.14. The move paid immediate dividends with the Waratahs winning a tighthead scrum to force the Chiefs on the backfoot, they built some phases off the back of it before Tom Carter pounced to run at the line and put the speedy Pakalani through a gap to score. Beale converted and then traded penalties with his opposite number Mike Delany to leave the home side 10-6 ahead after quarter of an hour.

While the aggressive ball carrying of Sekope Kepu and the returning Tatafu Polota-Nau was offering plenty of go forward ball, penalties were still being conceded with almost every visit by the Chiefs to their red zone and the Tahs received a big let off
when a glorious opportunity to apply pressure to the Waratahs line was wasted as Delany found the in goal area instead of touch.

And then, it was scrum debacle time again.

With the Waratahs having the put in five metres out, they wheeled the Chiefs scrum and had an overlap to the corner only to be pulled back for an illegal feed. At least three resets later (it was hard to stay focused) and the boos had returned to the Sydney Football Stadium once more, only this time they were aimed at South African referee Jaco Peyper and not the boys in blue.

After a couple of collapses by the Chiefs, prop Nathan White was sent to the bin and Tahs skipper Phil Waugh sniffed blood. They packed down again and this time a decent hit saw the Tahs drive to within a metre before the Chiefs folded once more. Thankfully for all concerned, Peyper had seen enough and jogged to the posts to indicate a penalty try and Beale added the extras.

Waugh was asked after the game what exactly had been the problem to cause so many resets:

"It was about not being square in the set-up so when the guys go down - maybe it was their tactics “ they tried to shift a little bit of the angle. In most games, they've been given as free-kicks and you get on with the game but tonight it was a reset rather than free-kicks. Looking at the couple of games before this, we have been a little bit disappointing in that area so it was good to turn things around and have that dominant performance and really important for us to take points out of that situation. 

Two more successful kicks from Beale gave the Tahs a healthy looking 20-6 advantage at oranges, however, the 2nd half saw momentum lost as the Chiefs started to cut loose and build some passing combinations, laying siege to their hosts' 22. Their cause was also hindered by the withdrawal of the talismanic Waugh after 48 minutes as he was replaced by former Australian Sevens captain Pat McCutcheon.

With the home side losing focus, the Chiefs went on a charge, with some dazzling runs from full-back Tim Nanai-Williams and winger Lelia Masaga. They repeatedly built multiple phases from quick, recycled ball and powerful support play and despite encountering solid defence, they finally got their reward when Nanai-Williams stretched and twisted over a ruck to touch down.

Delany was then given two opportunities to kick the Chiefs back into contention but thankfully for the SFS faithful, his radar was off on both occasions and his profligacy would prove to be pivotal to the final outcome.

When Nanai-Williams successfully took over the kicking duties in the 74th minute to give us a 4pt ball game at 20-16, it looked like being a long, final 5 minutes for the Tahs but that dogged resistance and bloody mindedness that had returned to serve them so well in the closing stages of the Brumbies match, came to the fore again as the side held it's nerve to close out victory.

Beale sealed the deal in the last minute after good counter rucking from Kepu and replacement lock Sitaleki Timani, earned him a shot at the posts and a 23-16 final scoreline.

In the post match wash-up, Tahs coach Chris Hickey was pleased with his team's start but disappointed that they didn't go on with the job:

"I thought our 1st half performance was good, pretty clinical. We dominated possession and we did the hard work at the breakdown to enable us to do that and that gave us game control but in the 2nd half, we went away from that. Our kicking was inaccurate which gave them possession and a team like the Chiefs, if you give them possession and invite them back into the game, they've got too many good players. 

And while not entirely pleased with the overall display, Phil Waugh was simply happy to have put away what he saw as a very dangerous opponent:

"I think when we were 14pts ahead, another score there might have broken their back but they came out the other end. The nature of this tournament is that you come up against good teams, the Chiefs were finalists with pretty much the same team they had out there tonight 2 years ago. They're a good team and it's an important win for us in the context of the season. 

The Tahs now have three games away from Sydney, a period Hickey admits may be defining in terms of their final ladder position:

"We've got to go over and play the Force in Perth, that's a big challenge over there and they really lift and most of the Australian teams want to beat the Waratahs desperately so we know that'll be a big challenge. Then we're back to Auckland for the Blues who have really been in good form this year and then we go up to Brisbane for the Reds so it's a really tough road trip but if you're going to be successful and you're going to be there at the end of the day, then we need to take points out of those three games. 