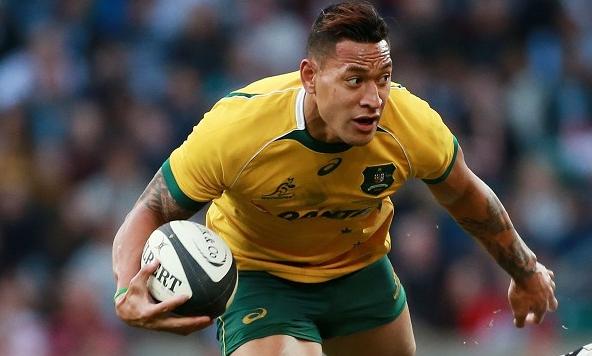 Waratahs managed to end three-game losing streak as they went on to defeat Highlanders 41-12 in their Super Rugby encounter against Highlanders at Allianz Stadium on Saturday.

Waratahs with 31 points top Australian Conference while Highlanders are at fourth position in New Zealand Conference after losing their fourth game in 11 games.

Bernard Foley kicked a seventh minute penalty to begin the proceedings for Waratahs after Highlanders were infringed at a ruck. Three minutes later, Highlanders thought they had the lead when Aaron Smith dotted down but his try was disallowed after Luke Whitelock had made a forward pass.

The scoreline soon became 8-0 when Israel Folau and Damien Fitzpatrick set up Taqele Naiyaravoro, who dived past the line in the 14th minute for an unconverted try.

Things went from bad to worse for the visitors when winger Tevita Nabura was red-carded deliberate kick to the face of Cam Clarke in the 19th minute and two minutes later they were reduced to 13-men temporarily when Smith was sin-binned for deliberately knocking on a pass from Curtis Rona.

Waratahs made full use of the numerical advantage as Naiyaravoro scored his second in the 24th minute and with Foley converting it, they ended the first half with a 15-0 lead.

The pressure of playing with one man down was evident from the New Zealand side and despite tries from Elliot Dixon (45') and Ash Dixon (58'), Waratahs ensured there was no looking back with Israel Folau (43' and 54') dotting a double in the 43rd and 55th minute and later Lalakai Foketi (65') and Rona (67') also dotted down to complete the 41-12 victory.