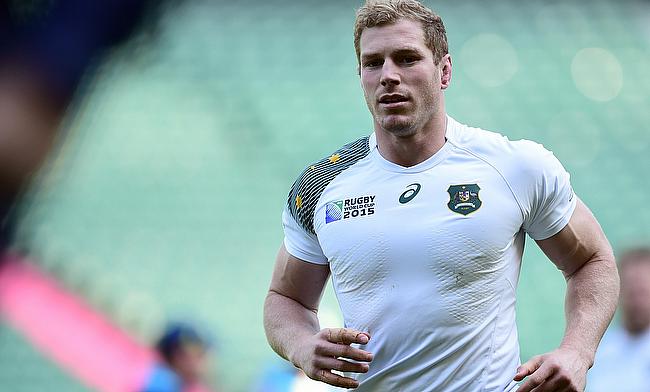 Former Wallabies captain David Pocock has announced his decision to retire from professional rugby bringing an end to a stellar 15-year career.

Pocock made his Australia debut in 2008 and has made 83 Test appearances and was part of the 2011, 2015 and 2019 World Cup campaigns. He won the John Eales medal in 2010 and was nominated in the World Rugby Player of the Year awards three times.

The 6ft flanker was first handed the captaincy in 2012 replacing James Horwill but soon his career was hampered by series of injuries and even was forced to undergo two knee replacement surgeries.

"I’m hoping that it’s going to feel like a graduation.

“While it was a tough decision, it really feels like the right one now and as a lot of former athletes talk about, it’s not going to be smooth sailing but it’s going to be a great challenge.”

The 32-year-old made his professional rugby career with Western Force in 2006 making 69 appearances for them and switched to Brumbies in 2013 making another 43 appearances for them. He has also played two seasons for Panasonic Wild Knights and was recently part of their campaign in the 2019/20 season of Top League that was suspended due to the pandemic coronavirus.

“I think all three World Cups were all very difficult, and we fell short at all three,” he added.

“I think the amount of time and effort and focus that goes into preparing for a World Cup, there’s a pretty weird period after something like that, where you fall short, where it’s, I don’t know, soul searching and you feel a bit haunted by it all and you replay things about what you could have done differently or what you would have changed.

“On the day, we were fairly soundly beaten by a pretty good English team. It certainly does (haunt you). You wonder if you were on the other side of the draw, not losing that game to Wales (29-25), but that’s sport, that’s the great thing about sport, you get an opportunity and if you’re not the most deserving on the day then that’s what history records.”