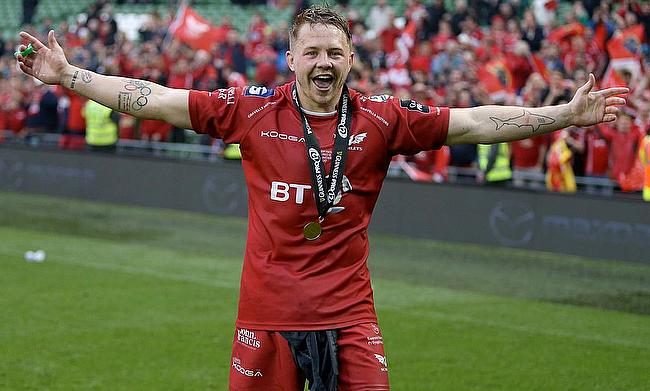 Wales have called-up James Davies and Josh Adams in a 39-man squad named for the Six Nations 2018 tournament.

Back-row Davies was part of the 2017 Pro 12 winning Scarlets team while Worcester Warriors wing Adams has been in prolific form in the Aviva Premiership where he is the leading try-scorer this season. The duo will assemble at National Centre of Excellence on Monday with the remainder of the squad.

Bath number eight Taulupe Faletau has been included despite his unavailability for the first two rounds of the tournament due to a knee injury while Jamie Roberts and Luke Charteris miss out.

George North, Rhys Priestland and Hallam Amos, who suffered knee, hamstring and ankle injuries respectively have been named in the squad. North though is expected to return to action this weekend for his club.

With Sam Warburton, Dan Lydiate and Jonathan Davies ruled out of the tournament, the return of Gloucester's Ross Moriarty after recovery from a back injury will be a relief for head coach Warren Gatland.

"It is an exciting opportunity for the two new caps," said Gatland.

"James' form over the last couple of years has been impressive, he's in a competitive area but we look forward to seeing what he can do.

"For Josh it's a great opportunity, he's been on great form and the back-three is somewhere we are looking to create depth in.

"We have selected a larger squad and it is an opportunity for us to work with a wider group and continue building for the next 18 months.

"We have included a couple of players who are carrying injuries. With Taulupe we are hoping he will be available towards the end of the campaign and Rhys [Priestland] picked up a knock at the weekend so we will see where he is at.

"It's useful to have these experienced guys around camp and to have them included and to work with them."

Wales open their Six Nations campaign with a clash against Scotland at Principality Stadium on 3rd February.