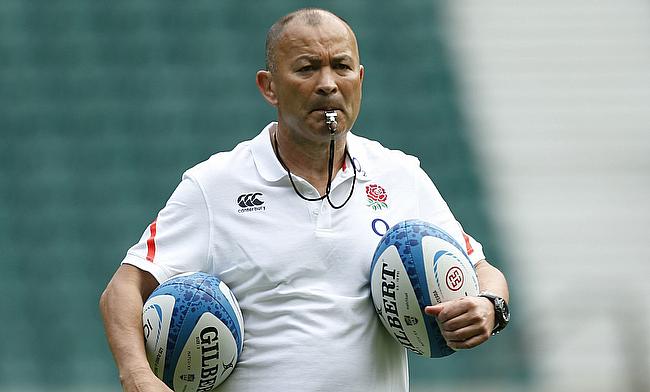 Jones had a highly successful stint with the red rose team since taking over from Stuart Lancaster and has led the team to back to back Six Nations title that includes a Grand Slam in 2016, maiden Test series whitewash victory in Australia and unbeaten autumn international campaigns in the last two years.

However, the 57-year-old has clearly indicated that he will step down from the role once his contract expires with the 2019 World Cup in Japan and RFU are already assessing their options for a replacement.

The Welsh Rugby Union (WRU) has already admitted to drawing up a three-man shortlist as potential replacements for Warren Gatland, who will also relinquish his Wales head coaching role after the 2019 World Cup.

Asked if Wales have already stolen a march on the race for a new coach post-2019, Brown replied: "No I think we may not be that far apart actually. We're not public yet with our thinking but we're probably not that far apart.

"Is it three candidates that they've secured or is it who they might go after? There's an element of circumstance and speculation.

"I'm not criticising their process, I'm just saying it could change quite quickly, couldn't it, and certainly given the outcome of the tournament it could certainly change.

"I guess that's inevitable isn't it (that other unions will be chasing similar candidates), but it depends on when they become available, that's the other point.

"It can be a very busy post-World Cup period, as was after the last World Cup, so I think it's probably inevitable when you have so much success that your coach becomes very popular."

The chief executive expects the RFU board to draw up a panel to make the appointment but revealed that process has not yet started either.

"We're not there yet, we don't have the group convened," said Brown, when asked who would be tasked with the recruitment process for Jones' successor.

"But it's a board decision so the board have got to agree the process first before we go through any of that."

Confirming the RFU would consider candidates from both at home and abroad, Brown added: "We're looking at both; we will look at both and consider both.

"It may be that we end up focusing on one or the other because that becomes the primary element of it, but we will definitely consider both.

"Our plan is certainly before we get started on the 2019 campaign and into that year to have worked it out and be clear publicly about what our plans are."