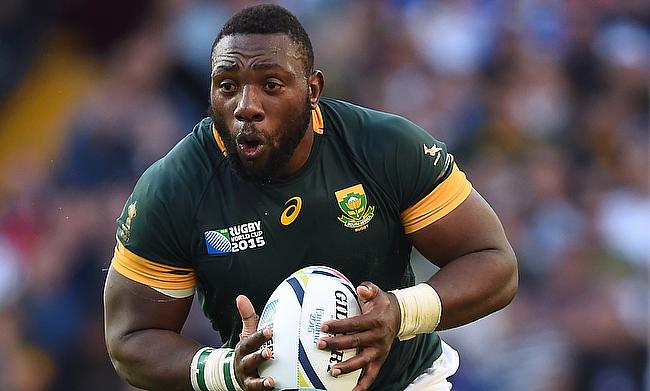 Sharks prop Tendai Mtawarira has been ruled out of South Africa's upcoming clash against Wales on Saturday due to a groin injury.

Mtawarira, who has 98 Test appearance for the Springboks will be replaced in the front row by Steven Kitshoff.

South Africa head coach Allister Coetzee has made four other changes to the side that defeated Italy last weekend with Wing Warrick Gelant makes his first Test start, taking over from Courtnall Skosan.

Hooker Malcolm Marx is making a return from a shoulder injury, flanker Siya Kolisi being back in action and number eight Dan du Preez also handed a full international debut. Du Preez replaces Duane Vermeulen who, along with flanker Francois Louw and lock Franco Mostert, is back at his club because the match falls outside World Rugby's autumn Test window.

"We expect another gruelling contest against a strong Welsh team," Coetzee told www.sarugby.net.

"It is another opportunity for this side to develop and grow, playing at the Principality Stadium in front of a passionate crowd of more than 65,000.

"It will be a different challenge altogether this week - Wales are renowned for their passing game and their width in attack.

"Dan gets the chance to start, and he fits into the plan for Saturday. Warrick is an elusive runner, who used his opportunity last week, and I am looking forward to see him getting a start on Saturday."