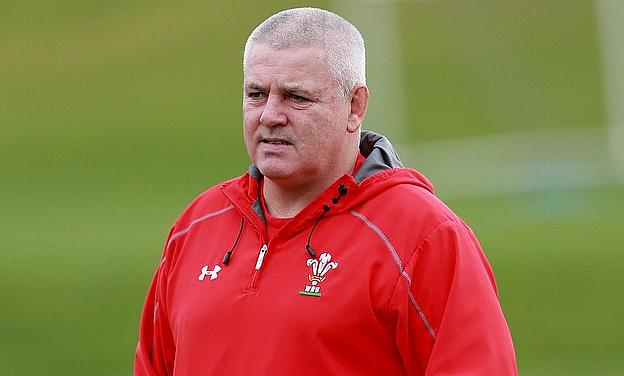 Warren Gatland's side victorious in the first game in SA
©PA

Wales got their tour of South Africa off to a winning start with a five-try 34-12 success over the Eastern Province Kings in Port Elizabeth.

Although not entirely convincing, it was a straightforward night's work for the tourists as Josh Turnbull, Cory Allen, James Hook, Alex Cuthbert and Gareth Davies all scored tries, with Hook adding another nine points with the boot.

Wales could even afford to do without star wing George North. The Northampton man had been named on the bench but was left at the team hotel as a precaution due to a slight virus which is not expected to keep him out of Saturday's Durban showdown.

Wales were in the ascendancy from the off and were denied a quick try when centre Allen was guilty of a double movement.

But the tourists did not have to wait long for their score. A well-constructed driving maul rumbled fully 15 metres for Turnbull to dot down, with Hook converting.

Allen made up for his earlier offence by claiming the second, the Cardiff Blues centre benefiting from good work by Hook and Baker to cross by the posts.

The Kings, still in pre-season mode ahead of their Currie Cup campaign, looked all at sea but responded strongly with an extended period of pressure in the Welsh 22, which led to prop Rhodri Jones seeing yellow for slowing down ruck ball.

They thought they had got their first try of the night when wing Scott van Breda skated over in the corner, but it was correctly ruled out for a huge forward pass from Shane Gates.

Scrum-half Kevin Luiters was then denied by a terrific cover tackle from opposite number Williams as Wales struggled to lift the siege.

But once restored to 15, Wales - with Morgan producing some thrilling surges from full-back - resumed control without entirely convincing.

Hook slotted a penalty on the stroke of half-time to extend their lead but the build-up was marred by an injury to Kings tighthead Charl du Plessis, who was stretchered off after staying down when a scrum collapsed.

Wales moved out of sight within six minutes of the restart. First, Hook capitalised on a lovely chip from Steven Shingler to step the cover and cross, with Cuthbert then finishing off a flowing move sparked by a Williams break seconds later.

Hook failed to convert the latter score to leave matters at 29-0 before the Kings got on the board with Soyizwapi's try, which was greeted with delight by the small but vocal home fans.

Jaftha was busy again on the hour, correctly ruling out a Davies try for a forward pass by Aaron Shingler.

But the Scarlets scrum-half was not to be denied and scooted over thanks to another lovely offload from number eight Baker, before Kerrod's consolation.