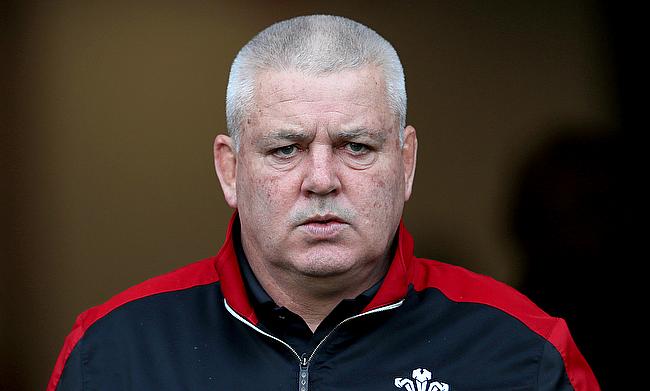 Wales head coach Warren Gatland has backed the experienced players in his squad to deliver when they take on New Zealand in a three-Test series which begins on Saturday.

Wales will be relieved to have their skipper Sam Warburton back after recovering from a shoulder injury while prop Gethin Jenkins and hooker Ken Owens have been recalled in the front row.

Jenkins has not started for Wales since the quarter-final against the Springboks in the 2015 World Cup while Owens last started in the World Cup warm-up game over Italy.

On the other hand, New Zealand have lost Richie McCaw, Dan Carter, powerful centre combination of Conrad Smith and Ma'a Nonu while Ardie Savea and Seta Tamanivalu are set to make their debut on Saturday.

Wales will be the most experienced team on the field on Saturday with a total of 760 caps as compared to Steve Hansen's men, who possess 580 caps overall.

"We are expecting a really tough contest at the breakdown, but we are not targeting that area. With our loose forwards and Gethin Jenkins, who is so strong over the ball, we feel we can pose a threat," said Gatland.

"But it was more about picking experience so we can hopefully be really competitive against the world champions. We've got experience coming back into the team with Gethin, Ken Owens, Bradley Davies and Jonathan Davies.

"You've always got to be excited about playing the best team in the world, the back-to-back world champions, in their own back yard. It is a huge test for us, but to get the chance to test yourself against the best is exciting."

Wales have won just three out of their 30 games against All Blacks previously with their last victory coming way back in 1953 at the National Stadium in Cardiff.

In New Zealand, Wales are yet to register a Test victory over the All Blacks in their previous seven attempts and Gatland wants his players to be bold and smart in the upcoming series.

"My understanding of New Zealand rugby is that this week they will concentrate on the basics. Do them accurately, not be afraid to play a bit of territory and put us under pressure to see if we make mistakes," said Gatland.

"It is making sure we match that and we are accurate ourselves. Their policy will be to try to win the first two Tests and then throw the youngsters into the third one, but we're not going to roll over and let that happen or make it easy for them.

"The challenge for is to stay in the arm-wrestle and to match them physically up front. When opportunities arise, we have to take risks and play expansive rugby.

"Often the difference between one side and the other has been a magical moment from someone, a flip-pass from Kieran Read or something else. The team that take the risks are often the ones who get across the line.

"The message to our players is to be bold, be smart in the way we play and don't be scared to try things. If it's a pass out of the back of the hand or round the back, then try it."