Wales cannot afford any error against All Blacks - Shaun Edwards 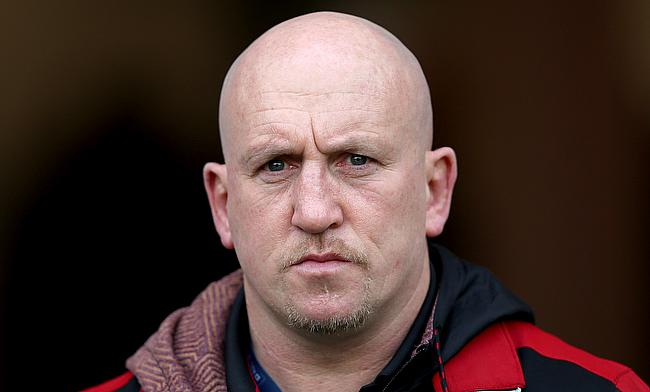 Wales assistant coach Shaun Edwards has warned his team to be at their absolute best when they face New Zealand in a three-Test series which kicks-off on Saturday.

In the 12 games played since January 2015, New Zealand have lost just one match and went on to become the first team to defend the World Cup title after beating Australia in the final.

Despite, losing players like Richie McCaw, Dan Carter, Conrad Smith and Ma'a Nonu, New Zealand have a formidable record against Wales winning 27 out of the 30 games played against them.

The All Blacks were also named World Team of the Year at the prestigious Laureus Awards in Berlin, seeing off competition from rom Barcelona FC, the Great Britain Davis Cup winning team, the Golden State Warriors basketball side, Mercedes F1 and the United States women's World Cup winning squad.

Knowing the challenge that lie ahead, Edwards believes Wales cannot afford to make any mistakes against a formidable New Zealand team.

"We know going into this game that any errors will be capitalised on because we are playing against a team that is THE best team in the world, not just the best rugby team," said Edwards.

"For the All Blacks to be selected, a few weeks ago over in Europe, above Barcelona and above all the American teams is just fantastic.

“To get that recognition is marvellous and the All Blacks have done a great job in selling the game.

"To have a home record that shows they haven't lost in Auckland since 1994 and that the last time they lost anywhere at home was in 2009 is incredible.

“They are double world champions and they portray a good image for the game of rugby.

"When they come to the UK everybody knows who the All Blacks are and about the Haka. It's a great way to spread the rugby gospel around the world."

Wales are waiting anxiously for the fitness result of their skipper Sam Warburton, who is recovering from a shoulder injury, which forced him to the miss the recent clash against England.

Edwards revealed that even though Warburton has made tremendous progress, the final call will be taken on Thursday while announcing the team.

"Sam's shoulder is improving quite dramatically and I think he will be there or thereabouts. He has passed all the back to play protocols, but there is always an element of doubt until the physios clear him to play, so we will have to wait until the team is announced on Thursday," said Edwards.

"Sam is one of the few guys who could go into a game not having played for a few weeks and still be pretty sharp. He keeps himself very fit and he has been working hard on his conditioning, so we are hopeful he will be up for selection.

"You always want your captain to play, as well as your best players, and he is vital for us. But it's like everything else, if he doesn't make it there is a young bloke out there willing to put his hand up and give his 100 per cent."

While Dan Lydiate is already ruled out of the tour, it is unlikely that either Sam Whitelock or Tawera-Kerr Barlow will feature in the opening game on Saturday due to their respective injuries.

Hurricanes halfback TJ Perenara is expected to start on bench as back-up for Aaron Smith while Brodie Retallick will be accompanied by one of Luke Romano or Patrick Tuipulotu in the second row.