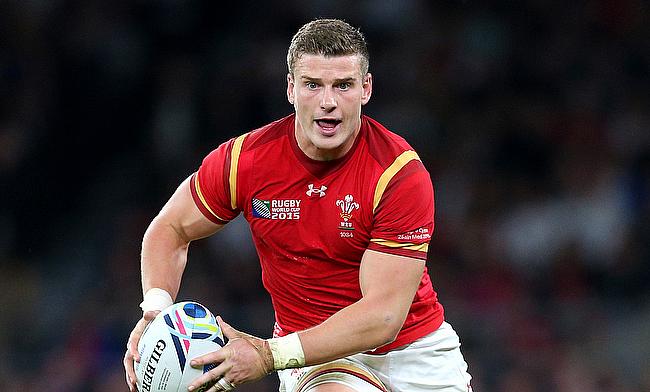 Wales centre Scott Williams wants his team to remain positive for the upcoming tour of New Zealand despite losing the Old Mutual Wealth Cup against England at Twickenham on Sunday.

After managing to take a slender lead of 13-10 at the half-time, Wales failed to add any points in the second half and eventually went on to lose the game against England by 27-13.

Wales now head to New Zealand for a three-Test tour, which begins on 11th June in Auckland and in the 30 games they have played against the All Blacks they were defeated 27 times.

In New Zealand, Wales have played the World Champions in seven games without managing to win any and to make it worse, they have lost Dan Lydiate, Alex Cuthbert and Justin Tipuric to injuries.

Williams, who made a comeback at Twickenham after recovering from the knee injury, he suffered in the World Cup, believes staying negative will further dampen the chances of Wales in the upcoming tour.

"We have to think positively," said Williams.

"There is no point in us going to New Zealand with negative thoughts, otherwise it's going to be a long couple of weeks.

"We've got to take the positives and a couple of work-ons into the next two weeks."I think everyone is going to have to play one of their best games to be able to beat New Zealand. That's what it is going to take, and that's what we have been training for in the last couple of weeks.

"It's trying to lift the standards up. Every pass, everything you do is on the money, because when we play New Zealand, it's going to have to be."

Despite missing three of their key players, Wales will be boosted by the return Jonathan Davies and Luke Charteris after their return from Top14 commitments while regular skipper Sam Warburton is expected to return from a shoulder injury. Gloucester flanker Ross Moriarty, is likely to add to his six caps after impressing against England on Sunday.

Wary of the threat All Blacks pose, Wales coach Warren Gatland wants his team to maintain the intensity for all the 80 minutes, something they failed to do against England at Twickenham.

"What's going to be key in New Zealand is being able to keep the tempo for 80 minutes, and that's where we struggled against England in the second-half," Gatland said.

"But that was the whole reason for the game - to prepare to play a team like the All Blacks, who keep going for the whole 80 minutes.

"I think we can be ready with more conditioning work in training and getting a little bit more accuracy in our attack. What went wrong against England isn't anything that's not fixable.

"We will work at fixing the stuff that was poor, but I put a lot of that down to players not having played at this level for a long time."