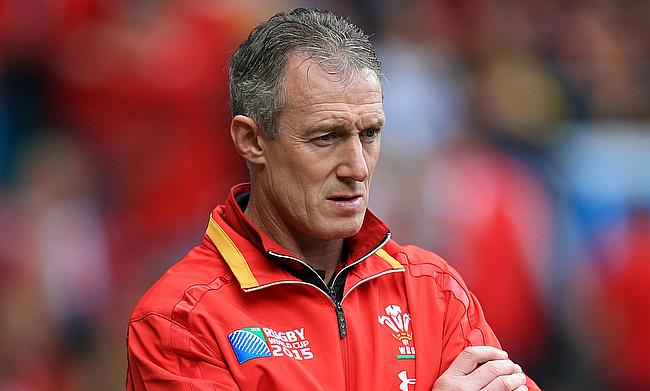 Wales attack coach Rob Howley urged his team to create history by defeating All Blacks for the first time in New Zealand during the first Test at Eden Park on Saturday.

Wales have won just three out of their 30 games against All Blacks previously with their last victory coming back in 1953 at the National Stadium in Cardiff.

In New Zealand, Wales are yet to register a Test victory against All Blacks after playing seven games and Howley wants his team to use it as a motivational factor on Saturday.

"We are here to try to change history from what has gone before us - that's our goal," he said.

"When you talk about confidence and self-belief, there is an external perception about where this Welsh team is and an internal one.

"For us, it is about turning the belief and confidence we have and our own internal perception into a bit of a siege mentality.

“That can often benefit teams when you come over to the southern hemisphere because history is against you.

"We need to change history and by trying to create a siege mentality it will hopefully put us in a good space some time on Saturday and help us to put the All Blacks under pressure on some occasions."

Since January 2015, New Zealand have lost just one game against Australia in August from the overall 12 games they played and also became the first team to register back-to-back World Cup wins.

However, with the retirement of Richie McCaw, Dan Carter, Ma'a Nonu and Conrad Smith, New Zealand might find it tough to get into the groove straightaway but Howley thinks otherwise.

"We are all aware of the fact it is New Zealand's first game since the World Cup, while we have had several games.

"But there is an opportunity for us. They have a new captain and that often changes the dynamics of the group.

“When you play against New Zealand you will take every single per cent that might give you an edge.

"New Zealand set the standard in world rugby and the one word that comes to mind is relentless. With and without the ball they are relentless.

"It is a different game in the southern hemisphere compared to the north in terms of the intensity of the game, the ball in play time and the numbers in the contact area.

"We know it is going to be high-octane, high-intensity, ball-in-hand stuff against them."