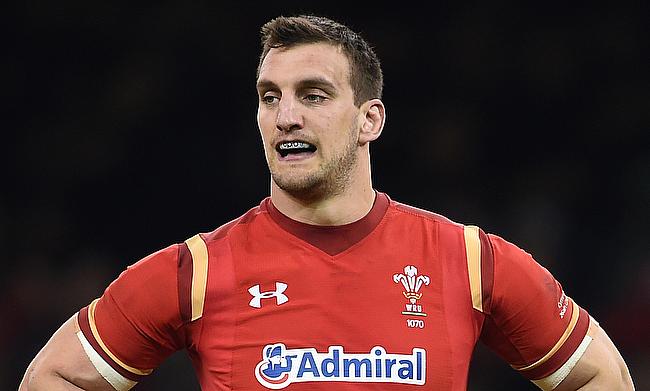 Wales skipper Sam Warburton said his side will be relishing the challenge of facing the All Blacks team during the upcoming tour of New Zealand which starts on 11th June.

Warburton is currently recovering from a shoulder injury and is expected to be fit for the first Test against New Zealand at the Eden Park on Saturday.

However, it is not going to be an easy return for the Wales captain considering they have won just three games out of the 20 encounters previously with the All Blacks and their last victory came in 1953.

Wales' record in New Zealand isn't encouraging either as they have lost all the seven previous encounters to All Blacks in the country between 1969 and 2010.

Despite, the stats are stacked against the Wales, Warburton believes staying with positive mindset will be important when facing the All Blacks.

"I am never, ever going to go into a game not believing we are going to win it. I can't wait for it," Warburton said, ahead of a series that also sees Wales face the All Blacks in Wellington and Dunedin.

"It's an amazing opportunity for us, three games. You have to have a really positive mindset to go out there, which is half the battle in professional sport.

"We obviously know that New Zealand are massive favourites. They have been the world's best team for a long time now, and they will be the best team we have played against probably in the last three or four years.

"The feeling of victory, then, is what motivates you because it would make it that much greater an achievement. So it's really motivating to go out there and try to get a win against the best side in the world.

"It's an amazing rugby country. The people are fantastic, and they are all pretty fond of Welsh rugby, which is really nice to hear.

"They all seem to enjoy the brand of rugby that we try to play, so probably anywhere other than Wales that I play rugby, New Zealand has been my favourite place."

This will be the first time over a decade, Wales will face an All Blacks team without the legendary Richie McCaw and their star fly-half Dan Carter while Ma'a Nonu and Conrad Smith are busy with their French commitments.

The 27-year-old believes despite losing experienced players, All Blacks will be a tough team to beat considering the depth in the squad.

"They might lose experience, but they will never lose talent. I have been watching the guys in Super Rugby, and their teams have been doing extremely well, playing some great rugby.

"They will have a plan in place and guys coming in, and they will be extremely strong, as ever. Don't get me wrong, the experienced players will be missed, but the ones they have coming through is scary, their strength in depth."

Warburton also played down Wales' recent 27-13 defeat to England at Twickenham where his side went on concede five tries and also lost Dan Lydiate to injury.

"It was a massively-beneficial game for us in the sense that I can remember when I went to Australia in 2012, and that first-half in the first Test hit us like a ton of bricks," he said. "We just weren't there.

"I remember Shaun Edwards (Wales defence coach) said before we got there that when you play these teams down south, it's different from when you play them at home. We found that out the hard way.

"So the big benefit of playing a quality England side is there were cobwebs, and it was good to experience two weeks out (from the first Test) that experience you get when you are really deep into a Test match - 60, 70, 80 minutes.

"The running metres are up now; we are used to the higher-intensity game, and it will be a lot easier now to transition into New Zealand."