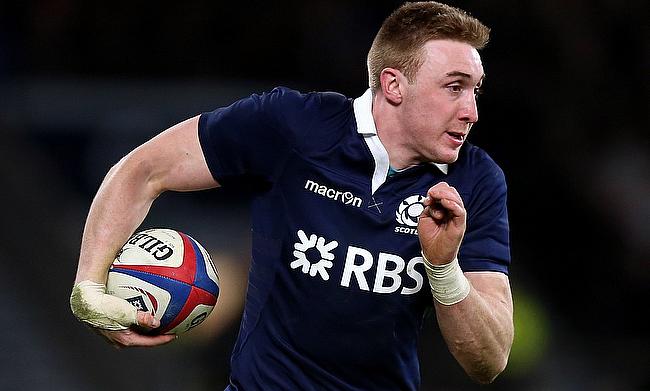 USA continued their impressive run under Gary Gold as they edged out Scotland 30-29 in a thrilling encounter at BBVA Compass Stadium on Saturday.

This is the first time in the last 94 years they managed to beat a tier 1 team and it is also their second win this season after they trounced Russia 62-13 in the opening game.

It did not come without a late scare as a late try in the added minutes from Dougie Fife got the Dark Blues to a trail of one point and to the visitors' disappointment Blair Kinghorn missed out on the vital conversion allowing USA to get away with a one point victory.

Scotland started the game with a lot of promise as Kinghorn capitalised on Stuart Hogg's break in the second minute to score the opening try. The winger also slotted the extras to take the scoreline to 0-7.

As USA began to take control of the possession, they were rewarded with a penalty kick from Aj MacGinty in the 17th minute but things went haywire for the home side when Samu Manoa was sin-binned in the 25th minute for a high tackle on George Horne and to make things worse for them Scotland were awarded a penalty try.

MacGinty did manage to reduce the arrears with his second penalty kick but Scotland upped the ante further when quick work from Stuart Hogg found saw George Horne cross over and Kinghorn improved it to take the scoreline to 6-21.

Unwilling to relent, USA made a statement when hooker Joe Taufete'e steered over the try line but Kinghorn with his first penalty kick ensured the teams headed into the break with a 13-24 margin.

USA carry forwarded their momentum in the second half as well with Taufete'e crossing over for the second time in the 43rd minute and the gap narrowed down to just one point with Aj MacGinty kicked a conversion and a penalty goal. Gold's men got into the lead for the first time when MacGinty set up Germishuys to take the score to 30-24.

Scotland thought they scored a try when replacement Mark Bennett crashed over but replays showed he lost control of the ball before grounding over. They still controlled their own fate when Fife scored a last-gasp try in the added minutes but Kinghorn failed to convert it.