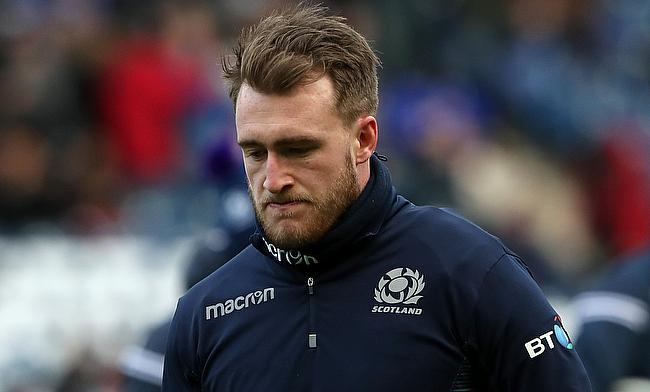 Scotland have named fullback Stuart Hogg for the upcoming clash against USA to be played in Houston on Saturday.

Head coach Gregor Townsend has made a total of 12 changes to the starting line-up from their win in the last weekend's game against Canada.

The decision to appoint Hogg comes after Stuart McInally is yet to recover from his injury as Grant Gilchrist moves to the bench.

Among the 15 that played against Canada, only Ben Toolis, Byron McGuigan and Blair Kinghorn have retained their places.

"We always planned to play as much of the squad as possible on this tour and we also deliberately picked more Edinburgh players in the first game because their season finished earlier," said Townsend.

"Now we welcome most of the Glasgow Warriors contingent into the team. On top of that, there are seven players making their first starts for the country, which is really exciting, and we are looking forward to them going out and grabbing this opportunity.

"The USA have won their last six games and scored a lot of points in the process. They've beaten two teams that have already qualified for the Rugby World Cup - Uruguay and Russia - and put 60 points on both of them.

"They are definitely improving as a team and are playing with a lot of confidence.

"You can see in the way they attack and defend that they are well coached, added to which there are some exceptional individuals that offer running threats throughout their side, so this will be a real test for us on Saturday."